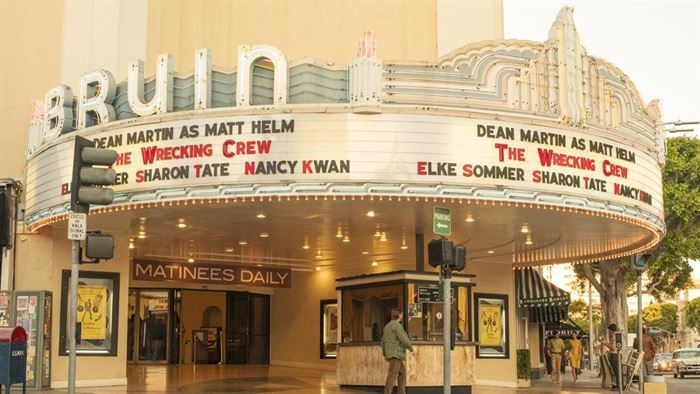 A creative and bold mind is enough to break traditional patterns in cinema. While this list is very short we are including some names that for some more than others are well known. All of them have made a difference in the history of cinema.

When we talk about modern cinema, this name will always pop on all lists. The style of his films keeps us in constant tension with long dialogues, sarcasm of his characters, the parallelism with real-life stories, music like a protagonist star and highly violent scenes, (perhaps for some exaggerated). What we must recognize is that Tarantino is a director who takes care of every detail!

Spielberg’s films have explored from natural fears as in “Jaws”, to expressing childhood astonishment at the wonders of this world and beyond as “E.T”. Spielberg’s imagination makes us enjoy his movies at any age as children! Among his successes, we have to mention “Jurassic Park”.

If we talk about special effects, the Star Wars saga introduced a new aspect to the big screens, which continued to innovate over time. Without forgetting the fantastic musical composition that accompanies each scene and the unexpected twists of events within the plot.

Darkness is the term that best defines the style of his films. Faithfully attached to a Gothic style, he is one of the filmmakers who has produced the greatest number of films with the same style. He is also known for staying true to his music producer and main actors… Johnny Depp for example.

We have to include the first female director to receive an Oscar! Bigelow enters history and to our list for her magnificent work “The Hurt Locker” (Winner Best Movie, Best Director and Best Original Screenplay 2009). In her filmography, we find cult titles such as ‘The Travelers of the Night’ and ‘Strange Days’.

The characters in his films are caught between reality and fantasy. He captures the similarity of a reality that is difficult to tolerate and can be only overcome through an alternate world of imagination. As his most recent film shows “The Man Who Killed Don Quixote” Ghiliam is a creative qixotec mind!

Maybe the youngest on the list. Sach is a Jewish director who made his debut in 1992 with “Vaudeville” and later “The Delta.” In his career, he has focused on revealing different edges of complicated family relationships, while addressing racial, class and sexual issues. A perspective 20 years ahead of the society of the time, is one of the directors to have on the radar with the newly released “Frankie.”

Looking forward to the 8 edition of Los Cabos Film Festival, we will continue exploring into history and modern cinema!