Nobu Los Cabos allows you to choose your favorite kitchen 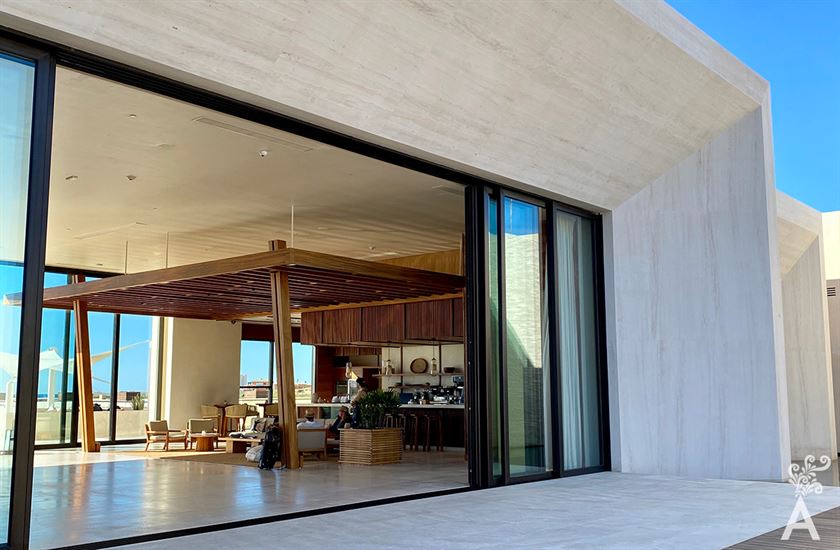 When we arrived in Nobu to interview the executive chef, Paolo Della Corte we knew we could expect a taste of what his kitchen is like. And we were not mistaken. Paolo showed us some of the dishes of the new menu of Pacific, a restaurant that is known to be Mexican cuisine.

We tried a few dishes, but one that stood out was the salmon tartare. The chef shared that it has holy leaf —covering the salmon— sour cream (with Japanese lemon), salmon roe, species from his garden, cambray onion cut in circles and freshly made corn toast. The best tartare is definitely found in Nobu Los Cabos.

After a day of work and creating this type of dishes, when the chef arrives at home, all he wants is to rest from the production of the kitchen, so he prepares some delicious quesadillas. 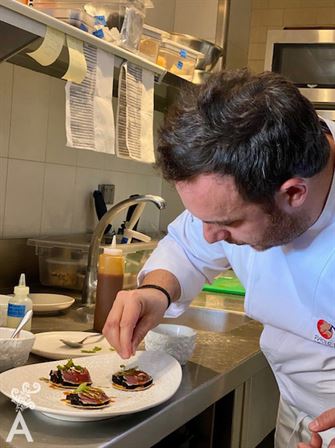 He takes his inspiration from the trips he makes around the world because he says they open your mind and enrich your culinary culture. Also, Paolo finds inspiration when he is alone, about to fall asleep. Therefore, he always has a notebook next to his bed to write down all those ideas that come to him suddenly. 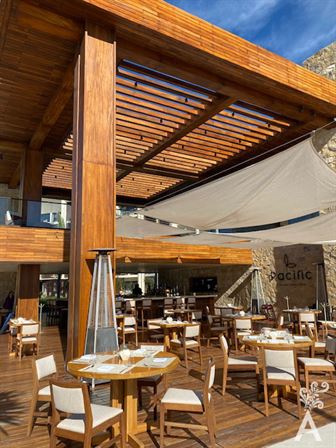 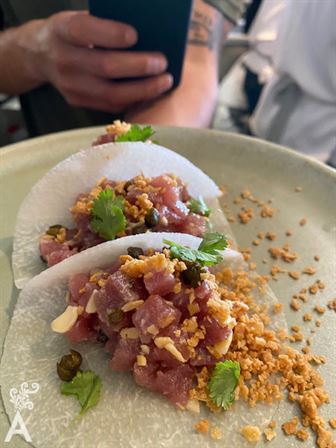 If you want a culinary experience that gives you the option of different dishes, let yourself be pampered by the magic of Paolo and ask for that salmon tartare that will change your life.

A day of fishing with Angel Carbajal