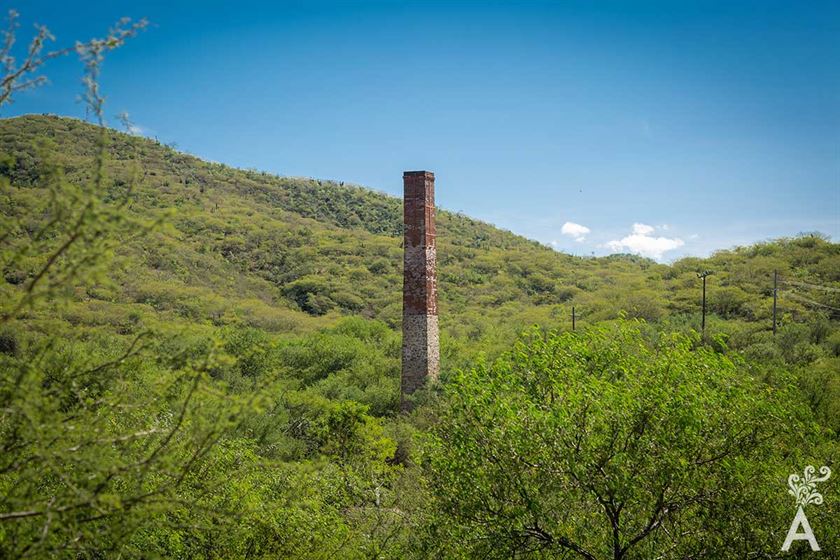 El Triunfo had no indigenous name. The village was established long after any of the native settlements. El Triunfo is located between Marino (Santa Ana) and Airapí (La Paz), a few leagues from Aiñini (Santiago). The spot used to be a small ranchería called Las Casitas. The current name comes from a mine.

Jorge Amao reported the existence of minerals in the area was known as far back as 1740. The discovery was reported by Esteban Rodríguez Lorenzo, captain of the Loreto prison and the first sheriff the Holy Office sent to the Californian missions.

The establishment of the mining centers of El Triunfo, San Antonio and Santa Ana was due to a royal certificate by the Spanish crown in the year 1744 when it was ordered that non-mission centers be created to serve as a refuge for the religious in case of an indigenous uprising.

Viceroy Juan Francisco de Güemes y Horcasitas, says Adrian Valadas cited by Amao himself, the first Count of Revillagigedo, granted Manuel Ocio the deeds of the first mines throughout the peninsula. One of the mines gave rise to the town of El Triunfo, located in the place known as Cabezas de Arroyo Hondo. It was named El Triunfo de la Santa Cruz. This mine was registered in 1751, six miles from San Antonio.

Later, in 1756, some of the families that lived in Santa Ana moved nearby to explore a silver mine they called San Antonio. That began the formation of the town of the same name. It was the third of the secular centers of the California population.