Exciting closure and prizes of the Bisbee’s Offshore tournament 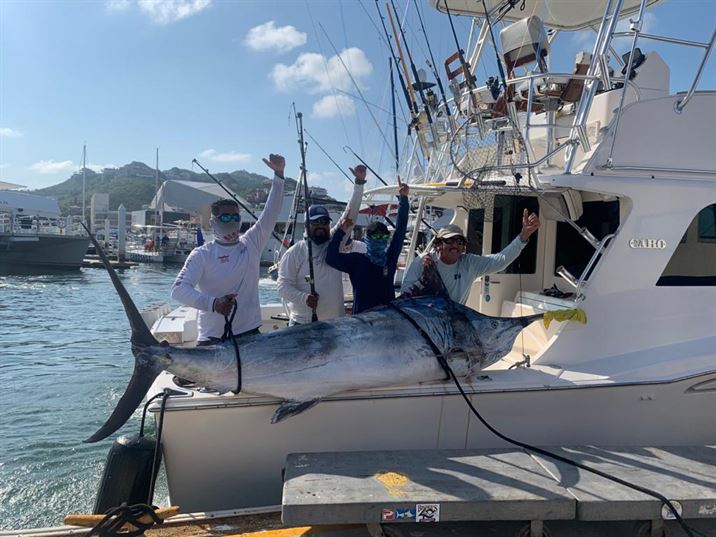 Los Cabos Bisbee’s Offshore came to an end after two consecutive days of excitement and adventure in which the participating vessels entered the sea of ​​Cabo San Lucas in search of the Marlin, Tuna or Dorado that would bring them the highest prize of this emblematic fishing tournament.

The results were officially published on the Bisbee’s website on October 18, where the jackpots closed as follows:

The Sporty Game team accumulated a total of $ 837,816 ranking at the top of the list of winners.

The second place went to the Pocket Aces team with $ 293,544. The fisherman of this team, Ángel Salvatierra, presented a 424-pound marlin in the preliminaries on the second day of fishing.

On the tuna specimens: Brandon Hilley with the Knot Workin! was the winner with a specimen that weighed 177 pounds.

30 pounds is the minimum weight for the Dorado category, however, as there are no records of this specimen, it was decided to grant the prize to the winning tuna of each day.

Next on the winners chart were:

The awards were made with the participation of the captains of each boat to avoid crowds and adjust the tournament to the sanitation measures required in these times.

Los Cabos has set the countdown to start the long-awaited Bisbee’s Black & Blue, also called Great Bisbee this Tuesday, October 20. The expectations of the tournament are high thanks to the long history of the millionaire tournament.

Although this fortieth installment requires certain adaptations to the new biosecurity measures, there is a great effort behind the tournament so that it can continue to operate successfully in Los Cabos, a place that has become the world capital of Marlin and emblem of the sport fishing.