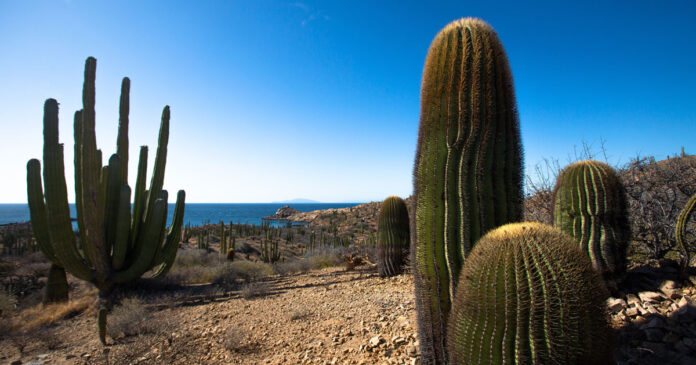 As part of the eleventh edition of the Los Cabos International Film Festival, La Baja Inspira is back: a category designed for those projects that have a connection with Baja California Sur.

Maru Garzón, Artistic Director of the Los Cabos International Film Festival, utilized the press conference held before the opening of the festival to announce the judging panel for the qualifying films this year. The jury consists of the following members: Efraín Torres, Academic Communicator, Hugo Payen, Specialized Visual Artist and Director of the Los Cabos 11 cineminuto, and Elizabeth Moreno, Producer and Cinematographer (who participated in La Recua, the winning film of La Baja Inspira 2021.) A cineminuto is a short film with an exact duration of 60 seconds. The brevity and conciseness of something like the cineminuto’s script imply a creative challenge. ​Additionally, it is considered essential by filmmakers, film schools, and academies as a practice tool to improve audiovisual expertise and execution.

Two feature films will be screened outdoors as part of this category and independent of the competition.

“Amores Incompletos” (“Incomplete Loves”), Gilberto Gonzáles’ first debut, is a dramatic comedy starring Manuel Landeta and Alejandro Camacho that was shot in Baja California Sur. On Friday, November 11, 2022, Grupo Presidente will unveil it at Once Once Headquarters. Admission is free.

The second featured film, “La Recua,” was directed by Trudi Angell and Dario Higuera Meza. It is a documentary that will be shown on Saturday, November 12, 2022, in La Playa, San Jose del Cabo. Both feature films will begin at 8:00 pm and admission is free.

Let’s keep in mind that the Southern Californian peninsula has been an inspiration for not only film, but a wide range of artistic expressions.

Whether you choose to spend the evening with friends or family, we ensure that you will thoroughly enjoy these productions that make a significant contribution to the homage given to Baja California Sur.

For all the information, follow the Los Cabos International Film Festival on social media.

Travel with Purpose Travelling, from our perspective, is the best...
Read more
Diaries