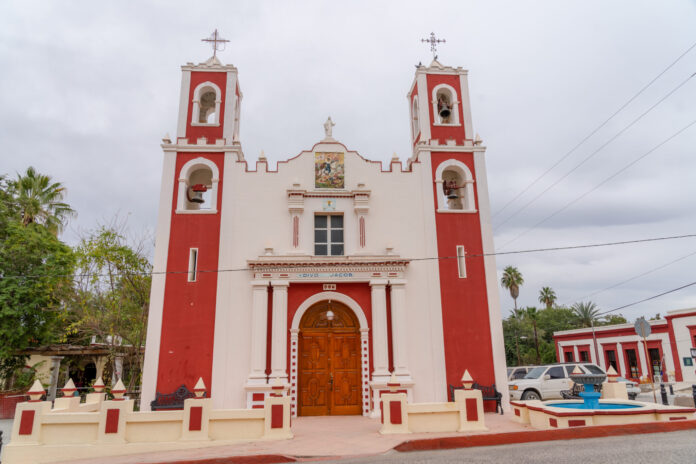 Do you want to know the story behind the history of a town located in the municipality of Los Cabos? This is the signal you were waiting for to visit Santiago and put into practice what we shared about this town that preserves the history of Southern California.

The town’s natural resources sustain its culture and hospitable lifestyle, in which the traditions of the South Californian rancher are still practised. “Santiago de Los Coras Aiin” (Ensenada or Bahia de Las Palmas) is another name for this town. San José del Cabo is 45 kilometres north of Santiago.

The mission was founded on August 24, 1721, by Jaime Bravo and Ignacio Mara Nápoles, two Italian Jesuit priests. Its original name, “Misión de Santa Rosa,” honoured Doña Rosa de la Peña, the Marquis of Villapuente’s cousin. But subsequently, the mission’s name changed twice. The first church was finally erected in the southern territory of the Baja California peninsula in 1723. Then, in the “Aiñiní” community of the Pericú indigenous group, the name was changed to “Misión de Santiago el Apóstol” (“Santiago Apostle”) with financing from the Marquis of Villapuente de la Peña.

The first Pericú insurrection, which took place in 1734, was witnessed in Santiago. Lorenzo Carranco, the presiding priest, was killed, and the building was looted. Reconstruction resumed in 1734, but the mission was eventually abandoned when Dominican missionaries arrived in 1795.

Santiago was essential to “Old California’s” economy during the Novo-Hispanic era and even after the establishment of the Republic. Why? Because it was an excellent place for producers of sugar cane and sugar cane by-products, cattle, horses, asses and mules with their products: meat, cheese, leather, and tallow (fat), to name a few.

Thanks to Santiago’s values and principles and objective of identifying, rescuing, and preserving the sites of significant events in Baja California Sur, it was designated a “Historic Town.”