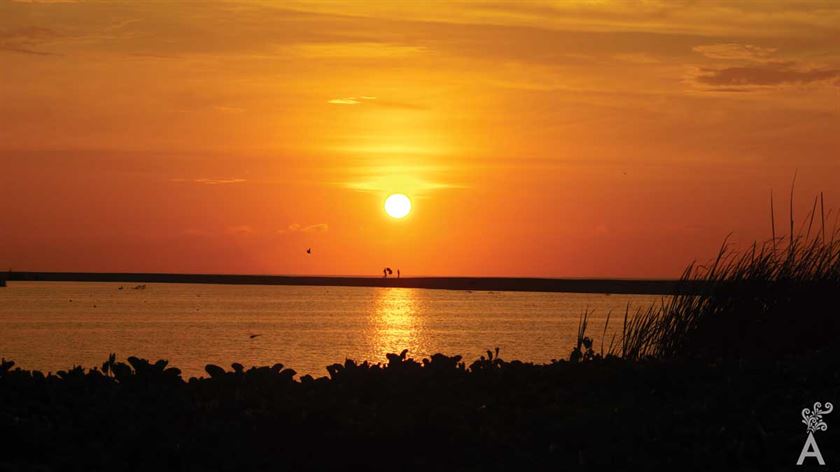 Founded in 1730, San Jose del Cabo is one of the most charming cities of the Mexican Pacific and the municipal capital of Los Cabos. The city has an interesting history that shaped it into a cultural center. In addition, the natural environment of the area is one of the most beautiful on the peninsula. The attractive white sand beaches and the oasis Estero Josefino are home to many species of migratory birds.

Walking is the perfect way to visit San Jose del Cabo. You’ll be pleasantly surprised by the surrounding nature, and the historic downtown features authentic colonial-era buildings and a lively atmosphere of art and culture.

Since its establishment on April 8, 1730, the mission of San Jose del Cabo has withstood battles, epidemics and even an invasion during the war with the United States. Nevertheless, it has managed to survive thanks to the extraordinarily progressive people of the late 19th Century. At that time, Los Cabos experienced its first extraordinary stage of economic wealth generated by agriculture. Sugar cane was cultivated in San Jose del Cabo and the surrounding areas. The production of sugar helped the Josefino people construct the colonial buildings that stand out in the historical center of the city.

Without doubt, the most representative building of the early days is the municipal palace and its clock tower. The building has been the seat of local government since completed at the end of the 19th Century. It is a place full of history where society has been shaped over time. In front of the municipal palace are two of the most emblematic buildings of the town’s golden age. The buildings were once part of a shop called “La Voz del Sur” where the Gonzalez Canseco brothers sold and exported products of all kinds to Mexico City. Examples included whole cane sugar, meat and vegetables. An extraordinary presence in a town of this size and in such an isolated part of the country was a Ford dealership. The brothers were pioneers in auto sales in the early 20th Century.

Another site not to be missed is the church of San Jose. The current location is not where the original mission was erected in 1730. Up until 1917, the church retained its missionary style. However, a hurricane destroyed the building. Construction began on the new church years later in the current location. It took decades to build. One of the attractions in the building is the altarpiece that shows the martyrdom suffered by the parish priest Nicolas Tamaral during the rebellion of the Pericu Indians in 1734. It is one of the most interesting passages in the history of Los Cabos.

A half block walk from the church is Alvaro Obregon Street, also known as the Art District. Old restored houses on the avenue are now home to art galleries and restaurants. Interesting activities and exhibitions are held every week. For example, the traditional Art Walk is a big party full of color, flavors and music. Galleries and restaurants act as friendly hosts and invite visitors to enjoy drinks and snacks and delight in live music and artistic presentations.

[two_first] The Sea and the Oasis. Nature is one of the outstanding characteristics of our beautiful city. Almost everyday on the beaches starts with sunrises that touch the soul. To feel the connection with the Earth through bare feet on the sand and listen to the impressive power of the sea and to watch the majestic exit of the star king on the clear horizon will be an inspiring experience that is sure to make your trip unforgettable.
[/two_first][two_second]
[/two_second]

The beach next to Estero Josefino is a tribute to nature. Migratory birds put on a spectacle that is ideal for capturing with a camera. The estuary is a magnificent area to take photography and videos.

A popular activity that takes place in the same area on a beach named La Bocana Beach is shore fishing. Whether you are an expert or amateur, the fun is guaranteed due to the abundance of species, especially during the summer. It is an excellent opportunity to cast a line.

San Jose del Cabo is one of the most interesting tourist destinations in Mexico. If its history, culture and arts are not enough, the city has one of the most beautiful natural environments on the peninsula. Visit on your next vacation.