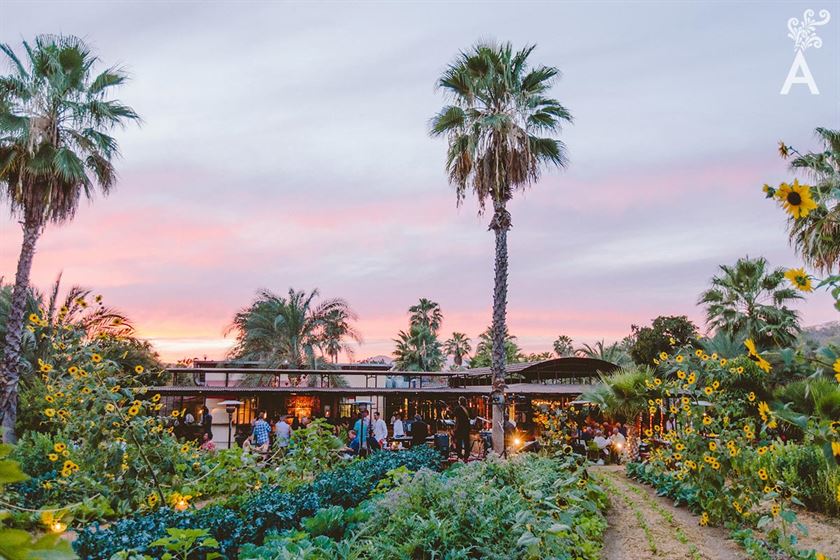 The idea behind Flora’s began on a small scale. The ingredients that are harvested in the garden are used. As a result, the menu varies according to the season and the amount of produce available. However, the creativity of Chef Guillermo Tellez always presents guests with fresh and delicious dishes.

Flora’s Field Kitchen seeks perfection in the produce that is grown. New items are consistently incorporated into the menu. Each visit to Flora’s promises something different, fresh and unique.

Originally from Michoacán, Guillermo Tellez grew up in Chicago where he spent most of his life. He arrived in Los Cabos for the first time when he opened the iconic One & Only Palmilla. During his stay, he met Patrick and Gloria Greene, owners of the restaurant awarded best Culinary Experience in San Jose del Cabo during the 2018 Culinary Awards. 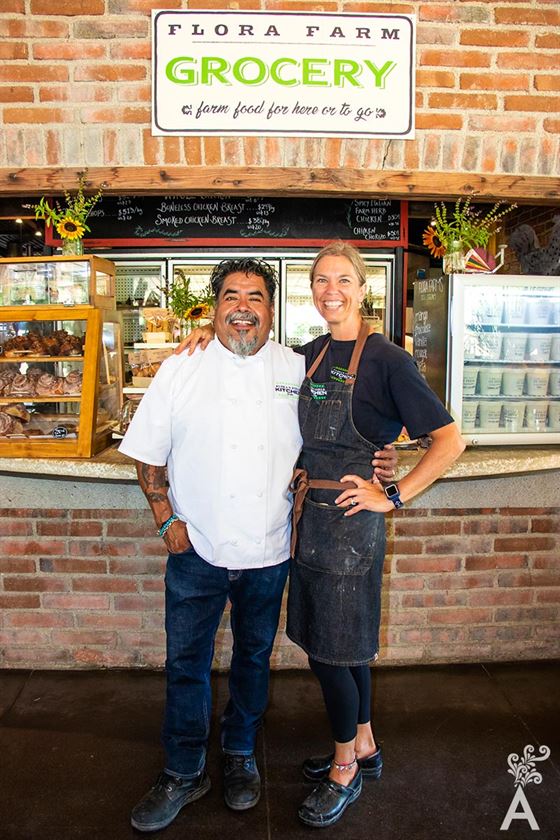 “Becoming a Chef was a lifelong adventure. When I was young, I didn’t want a job that was so serious. I worked in landscaping, construction, factories and more. Of all my friends in Chicago, I was the only one who worked outside the city. One day, my friends call me for help. The kitchen assistant didn’t show up. I happily agreed to spend time with them.

From that moment on, it felt like family in the kitchen. That satisfaction led me to stay with the position, washing dishes. From there I learned different roles. I didn’t understand the language but I bought magazines for the images of dishes and I saved money to study at a culinary school in Chicago. 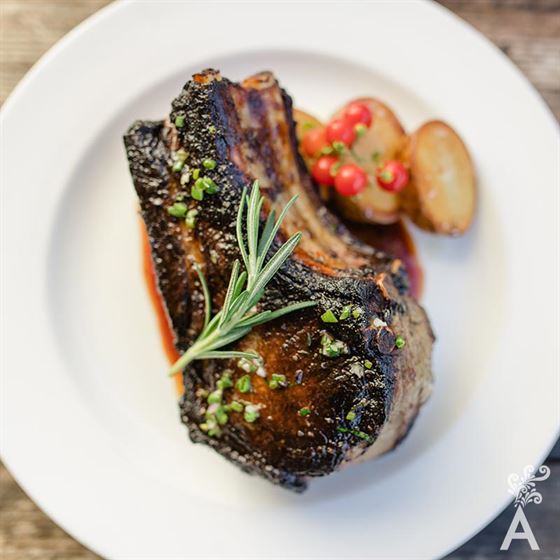 Latino culture revolves around the kitchen. My mother prepared meals from tortillas and bread to the main stew everyday. She was my first influence. Along the way, I have met chefs who have influenced my character and skills. I admire the discipline of Marco Pierre White, the talent of Charlie Trotters and the advice of Emeril Lagasse.”

Guillermo began his culinary career with the help of Charlie Trotters who gave him an opportunity in his kitchen. The year the restaurant opened was a great success. Its amazed diners and critics to know that a Latino chef was Charlie’s right hand. The flavor of the dishes and the presentation earned him a nomination for a scholarship at a prestigious culinary school in California.

“Make it possible. This is my favorite saying. After two attempts to get into the California school, I did it. The culinary school gave me guidelines, standards and direction. The school of life taught me different culinary styles. Personally, I do not like to say that I specialize in only one area. Traveling and different cultures are the inspiration for my dishes. I seek to incorporate the essence without becoming a replica.”

Getting diners to react to an explosion of flavors and then having them stop and think about what they just tasted is one of Chef Guillermo’s goals. He communicates it to his team at Flora’s Field Kitchen.

“During my first stay here, Gloria and Patrick contacted me to talk about a piece of land in Los Cabos. I convinced them to grow fresh vegetables and supply my kitchens. Later, I returned to the United States. For quite some time, I dedicated myself to opening restaurants from coast to coast. 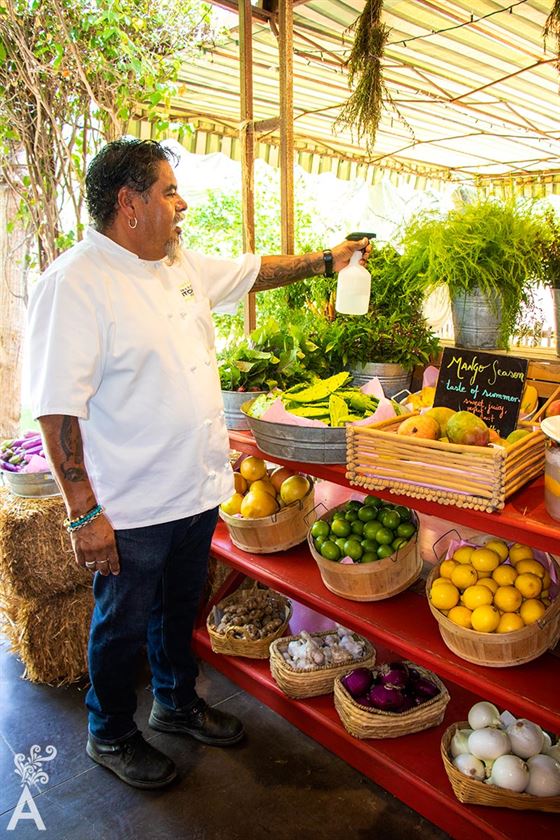 The idea of living in Los Cabos was always in the back of my mind and my wife’s. Opening restaurants, creating new dining concepts and training your chefs involves travel. Once my daughter was born, I wanted to spend more time with the family. The owners of Flora’s contacted me and presented another opportunity to transform the garden into a true Farm to Table concept.”

Chiles, spices, cloves, peppers and garlic are ingredients that are indispensible in a Chef’s kitchen. The menu currently presents deli options, such as pasta, salads, and protein depending on what is produced at the farm. 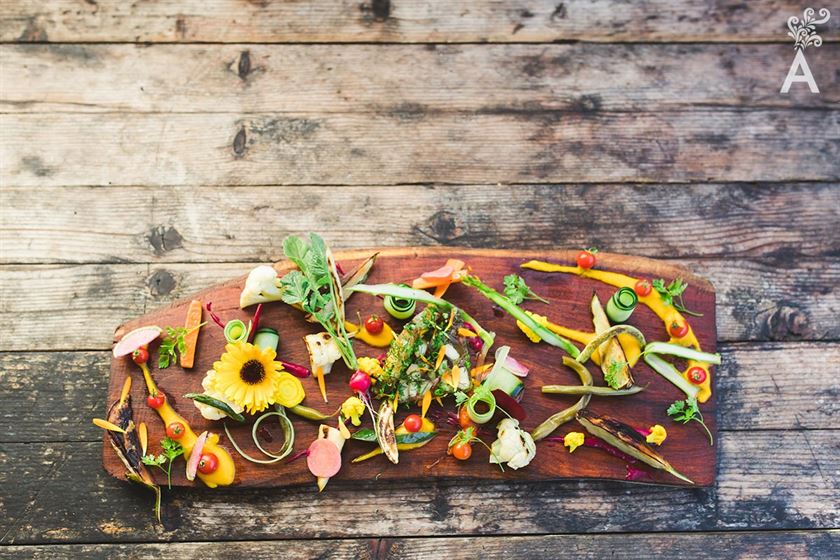 “Los Cabos still has a lot to show the world. If more restaurants join events like the Culinary Awards and make noise, we will be able to boost the development of the destination. This was a very well organized first edition. The idea is to implement improvements in subsequent editions and grow. Personally, I am more than willing to lend my support.

All of us at Flora’s Field Kitchen consider it an honor to have been voted the best culinary experience by the public in the 2018 Culinary Awards. The award motivates us to continue striving to be the best every day.”

Carbón Cabrón, Chef Poncho Cadena Previous
One & Only Palmilla Next