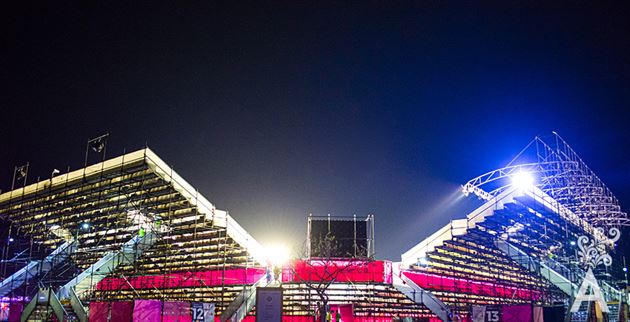 The Abierto de Tenis Los Cabos is an international event that happens every year in one of the most famous tourist destinations of the moment. Like every season, hundreds of spectators, anxious, happy, and yes, sweaty for being at 30 degrees, arrive at the courts located at DELMAR School to happily enjoy the games.

Entire families with children, or just couples, singles and friends, even uncles, cousins and acquaintances, share the satisfaction of being in a shared space, side by side with players like the Australian, Thanasi Kokkinakis, who sat on Tuesday 30 in the Caliente court to watch the competition; at that time, Radu Albot of Moldova disputed against Janko Tipsarevic of Serbia.

For a beginner like me, tennis has been in my life very little. I played when I was 8 years old, with my white skirt and a newly bought racket that was used precisely one week. 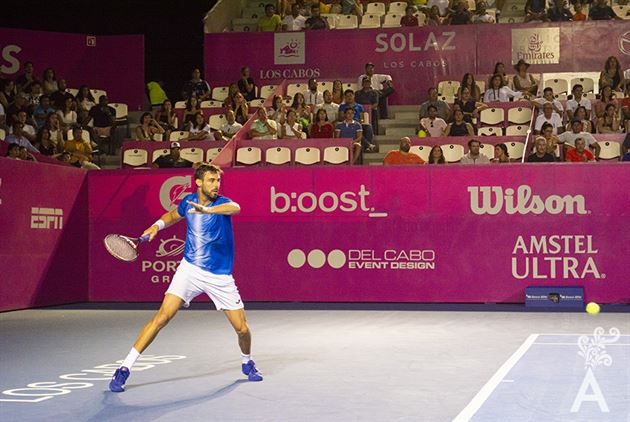 This week, I returned to the courts to see as a spectator the different moments that were lived when a player threw a ball, and it crossed the court at 178 km/hr.

Or when Fabio Fognini faced Marcel Granollers and the Italian, winner of last year’s edition, felt comfortable and confident. His opponent, on the other hand, was in a peculiar situation when the line judge scored outside and the central judge said the ball had fallen inside.

Granollers heard the line judge said the ball was out and did not hit it. This caused the Spanish to had a few words with the central judge in the middle of some spectators who whistle and demanded the continuation of the game.

Although Fabio, positioned in the ranking 10 won that night, the next day he was eliminated by Taylor Fritz, who, at 21, went to the final of the Abierto de Tenis Los Cabos presented by Cinemex. 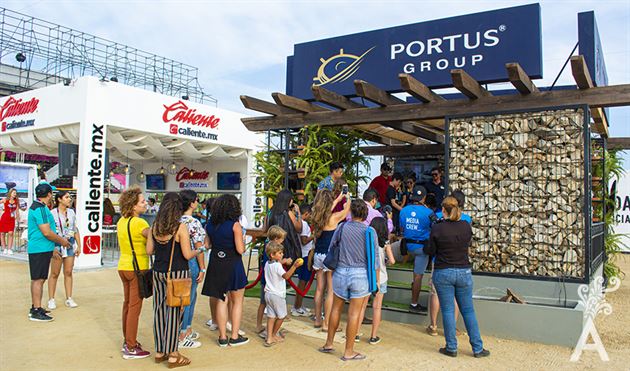 The main games are played in the central stadium, with people that not only will go to have a good time with a beer in hand, but really knows the game, and has gone from the first day of the tournament. They are others who are beginners, like me, and that is our first approach, and therefore, it is crucial that those of us who are new, respect the rules.

For example, did you know that it is necessary to remain silent at all times? That when a set is over, that’s when you can go to the bathroom or, if you want, for the other round of beer, but not before. The concentration of the player is indispensable so that they can analyze their opponent, understand their game, create a strategy. 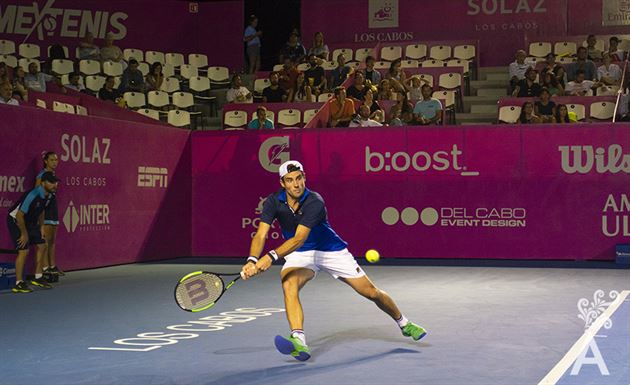 When I first saw doubles play, I was moved by the idea of fellowship. Not only did they share the adrenaline of playing and the desire to win, but they were also so blended that they uniquely understood each other. As if they had their own language.

The Mexican, Gerardo Lopez Villaseñor and Cameron Norrie from the United Kingdom, did not move on to the next stage. They were defeated by Guido Pella and Diego Schwartzman, the Argentineans who a few days later would face each other in the central stadium to dispute the pass to the final.

I might be a beginner in tennis, but, with indescribable adrenaline for being a new fan of this sport.

Continue reading part two to know the outcome of the semifinal, played between two friends, and to know who took the jackpot to his home.

The Sea of Cortez Previous
Fearless: Sales and Entrepreneurship Next