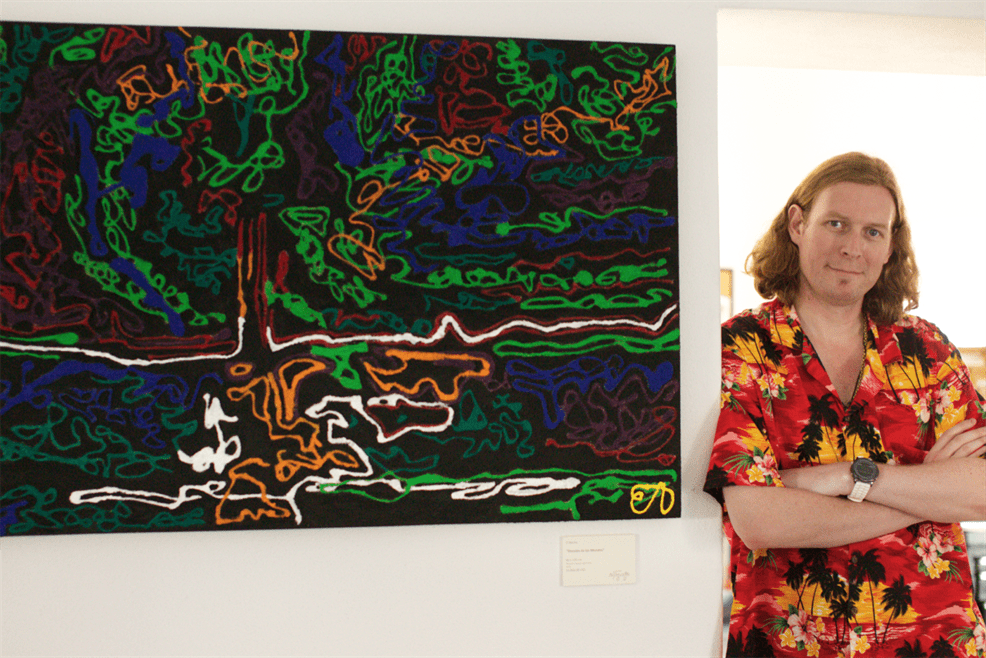 “Life has its way of interpreting itself. Being alive is learning to understand it. To enjoy it is to have come to find your way of understanding it.

The step to take between being and enjoying is to endure the blows she gives you without having given up on her.” Nacho Gallardo.

With almost 10 years residing in Baja California Sur, “El Nacho” as we lovingly knew him, leaves an important artistic and cultural legacy for Los Cabos.

The first alliance with Tendencia arises after an interesting interview in 2013, where “Intagrafía” opened the doors for us. The workshop’s focus is on creating artist’s books to recover them as a precious art object with creative proposals and fine prints that rethink and rekindle appreciation for the printed book.

After knowing his passion for prints, he produces commemorative pieces for the 5th anniversary of Tendencia in 2015 that were presented to businessmen.

Later, he participated in Tendencia Avenue with the exhibition “Acción- Meditación” in 2018. A work that led attendees to reflect and find Light after the storm.

His training includes 17 years of career in Fine Arts, two years of research at Museotec, Mexico City, career of Drawing and Painting at Ontario College of Arts & Design, Toronto and study of typography at Peter Koch printers. Among his styles, an affinity for drawing, works in painting, engraving and sculpture stands out.