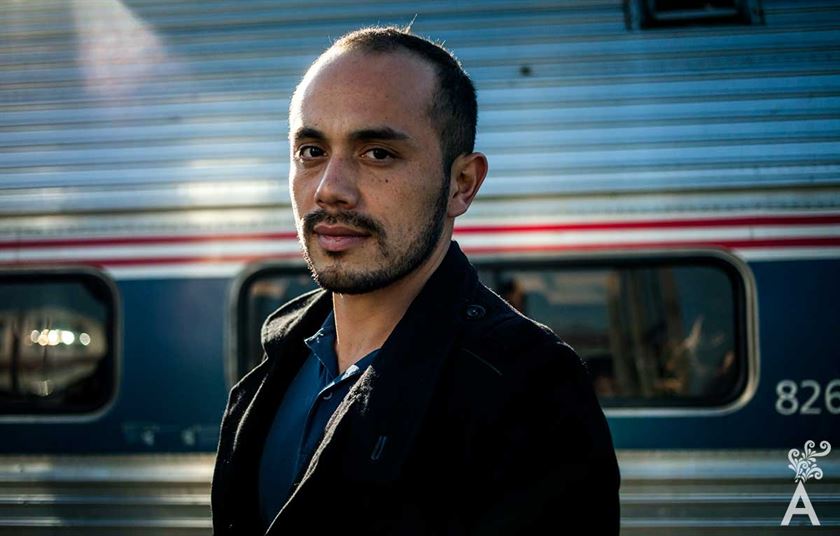 “I would like to be remembered for the stories I make. Cinema is memory, it is identity and, in cinema, it is where we see ourselves reflected. What endures through time are the stories.”

The need to tell stories led him to establish Machete Producciones. Edher practices his artistic and social convictions through the transformative power of cinema. He has been awarded the Gabriel Figueroa Film Fund in Los Cabos several times and this year, was named a member of The Hollywood Academy.

In 2018, Campos partnered with Gabriela Maire to create Zafiro Cinema with the goal of supporting emerging cinema, mainly from Latin America.

How do you choose a project?

First of all, I realized that the type of cinema I wanted to make had protest themes. I believe that movies just come to a person. It’s when you suddenly read a script and connect with a moment you have gone through as a person.

In summary, the stories that speak to me have something to say. They can touch on issues about human vulnerability, discrimination, relevant times in Mexico that have been forgotten or stories that have a psychological profile.

What is the biggest challenge as a film producer?

The exhibition, getting the film to the people. Obviously, right now everything continues to change and cinema exhibitions and platforms face more competition in terms of content. I definitely believe that cinema is not going to die.

Another challenge is to see what you read in the script and what you imagined after the final edit.

What do you like the most about the Los Cabos Film Festival as a means to learn about new scripts?

The industry part is unique! It is a great bridge that joins Mexico, the United States and Canada, because sometimes the language prevents any empathy.

What has the Los Cabos Film Festival given you as a producer?

Many negotiations have emerged from this festival. Last year, the film X500, a co-production with Canada, Mexico and Colombia, won best picture. “The Room” also had its premiere in Mexico at the festival. In addition, it won an award that at the time was called the Fox Prize. That guaranteed distribution in Latin America.

In the process of one year, I was able to see the script for these two films and return the next year to show them at the festival. It is very gratifying!

What do you think has been the impact of the Gabriel Figueroa Film Fund within the Los Cabos Film Festival?

Mainly it is visibility. It’s possible to present a project to producers from the three nations and even a sales agent and, if you win, it allows the possibility of moving on to development. Financial aid serves as an impetus to continue.

Have you considered Baja California Sur for any productions?

Yes, in fact, at the last festival we escaped to scout locations in Todos Santos. Baja California Sur has many suitable locations. It is a place rich in deserts, beaches, the sea and above all the infrastructure implicit in the direct connection that exists with Los Angeles, with Hollywood.

What was your first impression of Los Cabos as a tourist destination?

Los Cabos has a good vibe, a relaxed and optimal space to do business. The place in general is very attractive.

Any upcoming projects to present?

I got involved in a movie called “I Carry on with You,” together with Mariela Maire. It is from the American director Heidi Ewing and is a fictional story of best friends who are immigrants in New York. It is a love story in every way. It is beautiful.

With Machete, I currently have a film called “Letters from the country of the Tarahumara” and comes with the indigenous profile of cinema. It is about the journey of a poet in the 30s who came to meet the Tarahumara. The film touches on issues of spirituality and creates bridges between the indigenous people and the western world.

I think it is a necessary film to reflect after the break we’ve had as a society.