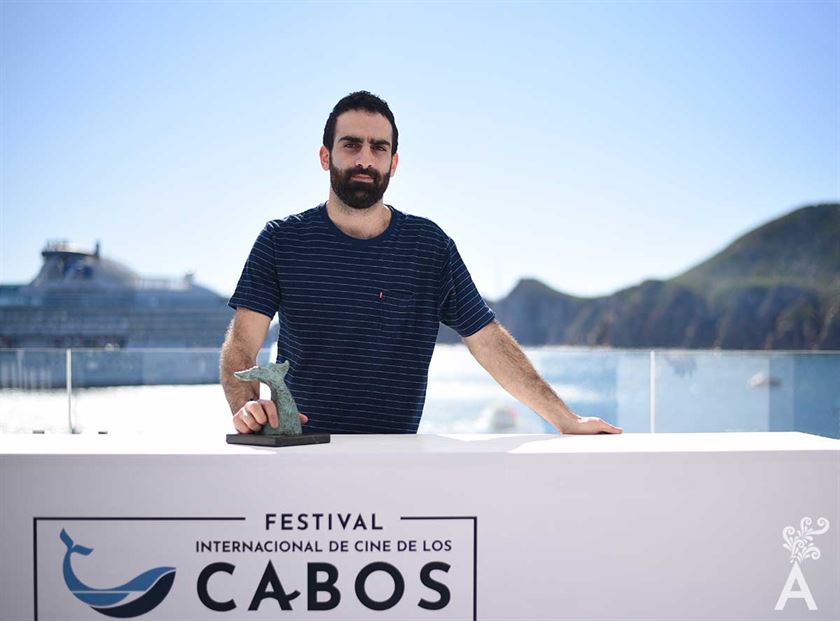 “It is a very fun festival that has gained a lot of status in recent years; it shows in the quality of attendees and films. The festival has positioned itself as one of the most important in Mexico and I would even dare say in Latin America.”

David ventured into the world of cinema by chance, looking for a means of artistic expression along with Michel Franco, with who he began working with after leaving college. A deep interest in the industry grew and it shows us that it is important to listen when destiny tells us to start leading.

What themes inspire you?

Human psychology, no doubt. I’m also very interested in sociology but from an archaeological point of view. I want to get to the root of why we are what we are today as a society. I’m passionate about taking up the past.

What do you consider to be the biggest challenge for an independent film director?

In general, the difficulty of setting up projects with mostly government resources, or with private funds. It is related to what the public is used to consuming and to a large extent, it is what makes it difficult for the industry to sustain itself.

What does it mean to have won the Ariel for Best First Feature with “Manpower?”

It is a great recognition. It was the Mexican film with the most awards last year on an international scale and that speaks very well of the reception it has had outside of Mexico, as well as the universal nature of the theme it addresses.

The most important thing for me is that the film has exposure in Mexico. It was presented at the Morelia festival and then in Los Cabos. Concluding with the Ariel shortly before the premiere is incredible because of the good timing. It was recognition for all the people who worked on the film.

How has the Los Cabos International Film Festival contributed to your development as a director?

I have attended the Los Cabos festival for a long time and have been close to the festival since the first editions. The relationships that are created there are invaluable. In 2018, Manpower won the Work In Progress Award. That was a real impetus for the completion and post-production of the film. The premiere of the finished film during the last edition, at a festival that is close to the United States, was an important screening. It allowed a different audience to view the film.

What is your impression of Los Cabos as a tourist destination?

It is a different from the rest of Mexico, with very beautiful beaches. It’s very clean, people treat you very well, it has culture, and the level of events has improved. I think it is one of the most important tourist destinations in the country and I think it benefits the entire state of Baja California Sur.

Have you considered filming in Baja California Sur?

As a location, it has attractive contrasts between the desert and the sea.  That’s special and something that’s seen in few parts of the world. I have this natural panorama in mind and I am sure that at some point I will come up with something to do there.

Do you have any projects currently underway?

Yes, my second movie is coming up that I think I’ll be filming next year. It’s about the an eighteen-year-old entering a military college. It is a psychological thriller about the character of the institution.