“Everything can be achieved” with Rodrigo Ponce 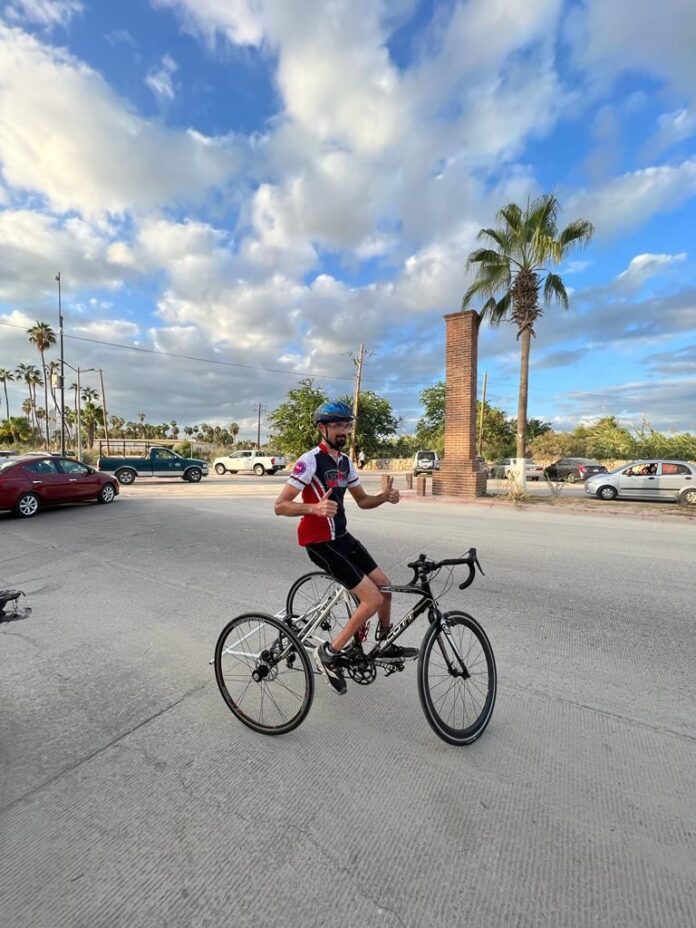 The parents of Rodrigo Nyssen Ponce are an Argentinean mother and a Mexican father. He is an older sibling, an accidental sports fan, and was diagnosed with cerebral palsy at birth. Nevertheless, Rodrigo has overcome adversity since he was a young child and has emerged as Baja California Sur’s sole disabled athlete. His competitive advantage is resistance and speed, and he uses a sports tricycle to continue participating.

Since he was a child, he has been continuing therapy, which has assisted in his ability to walk and engage in other activities. Ricardo Lara Limón, a physical education teacher, introduced him to how to play the sport when he was in high school.

With shortened tendons and peculiar footsteps, he started practicing athletics in 2009, a discipline he maintained until 2015. He did 5 km races, volunteered in Ironman and in the process, found the inspiration to start competing thanks to his coach.

In 2016, he entered local and formal triathlons for three years in the swim and bike categories. He was even in all three categories on one occasion. He became active by entering foot races every Sunday. In addition, he created a team to compete in the Ironman.

For two years, he did therapy with a Canadian from 2018, who has a daughter with the same ailment as Rodrigo; which became his motivation to invent the machine with the cycling modality, which stimulates the strengthening of muscles.

That same year he met the president of the Association of Athletes with Cerebral Palsy, a foundation that contributed to his enrollment in national categories. He started with the discipline of swimming, but found his passion in cycling.

“I intend to correct some things from my past competitions, I always consider that I am going to make it,” says Rodrigo.

For the love of the sport, he has recently participated in:

Guided by his motivational phrase “Never give up”; he dreams of one day winning a Paralympic medal.