Picaro by Romeo and Julieta: the kitchen that will revolutionize Los Cabos 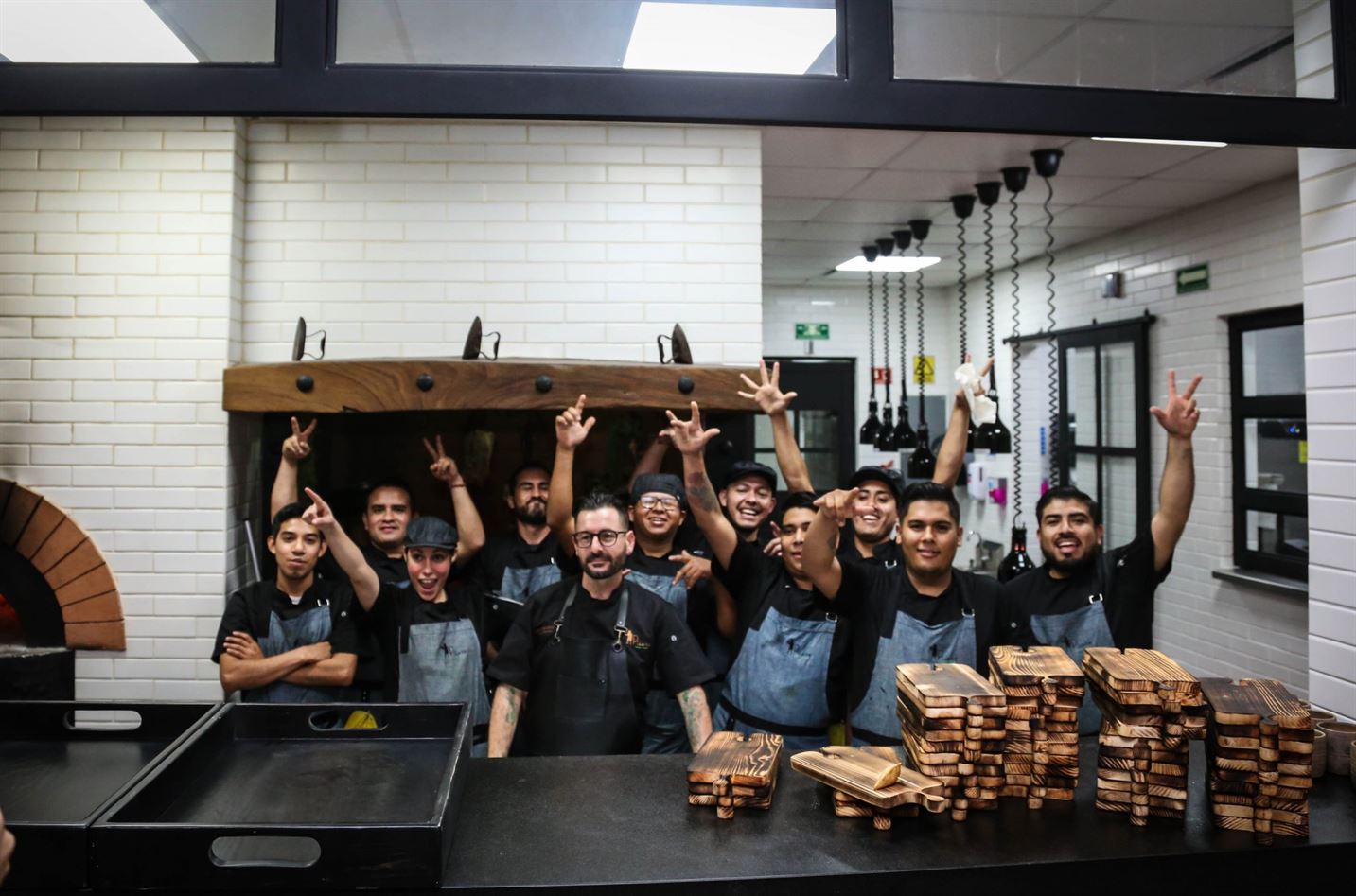 On Saturday afternoon, Picaro by Romeo and Julieta opened its doors and officially welcomed all those who want to enjoy their garden cuisine.

As soon as you enter this new restaurant, you will be welcome to a spectacular setting thanks to the exquisite panoramic of the Pacific Ocean merging with the desert and the regional vegetation. 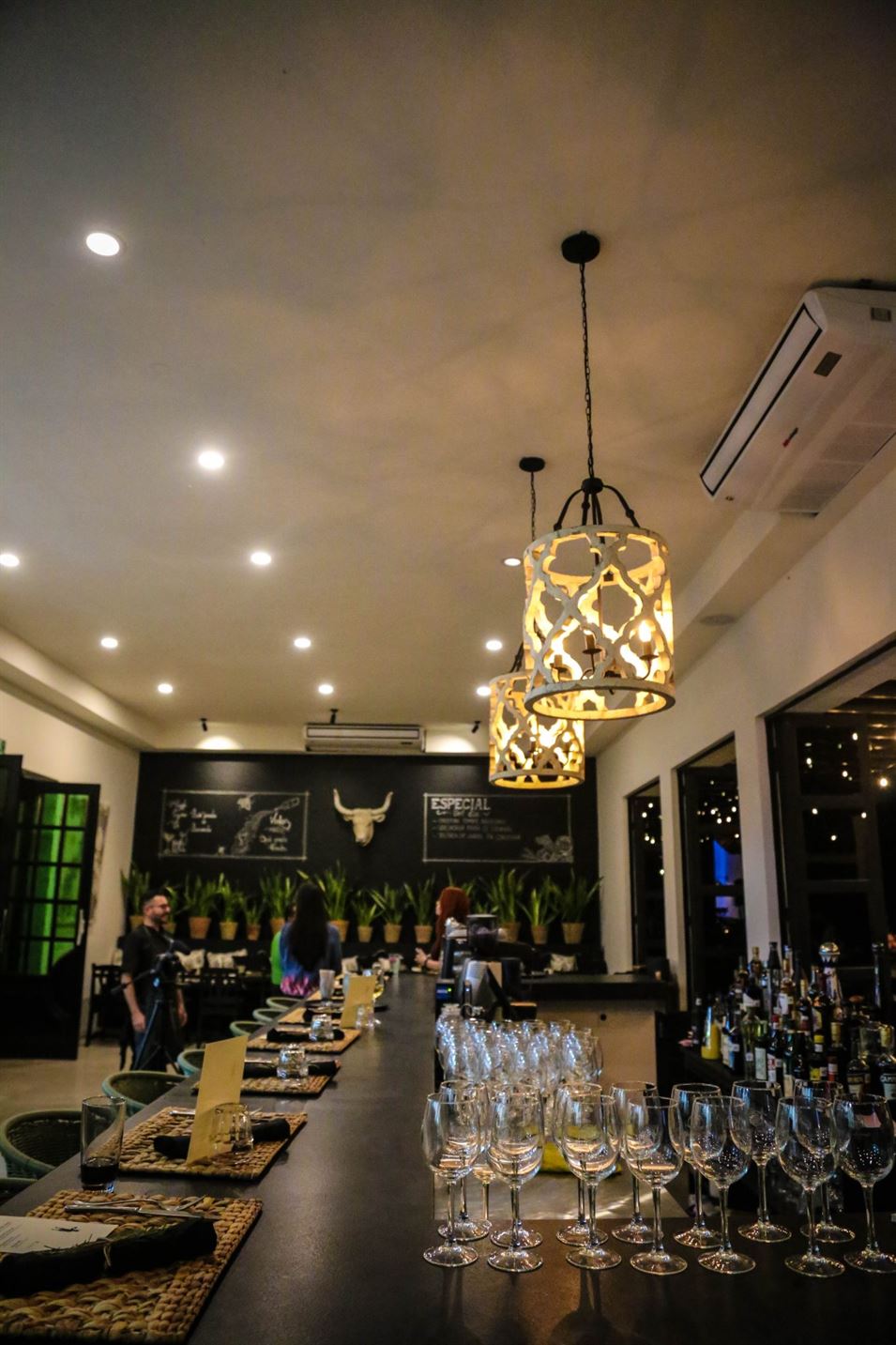 The high walls, the patterned ceramic floor, the wood tables, and chairs are a mixture between whites, blacks, and greens, and this makes the place take a different turn because it is fun, at the same time sober. The perfect combination if you want to have dinner as a couple or go with friends and have cocktails with Javi Quezada at the great bar. Mixologist Javi knows it all and can do every drink you are in the mood for.

The bar is a square in the middle of the restaurant, right between the interior and the exterior, which allows the mixologist to be present serving at either side, so your hand is never empty. On the opening night, one of the cocktails was a fantastic mojito, with a strong peppermint aroma.

With a mojito or glass of wine as your companion, the evening prompted you to peek past the tables to see the sunset that lightens the sky with red and orange colors. And a sun that slowly faded away to let the night come with stars. 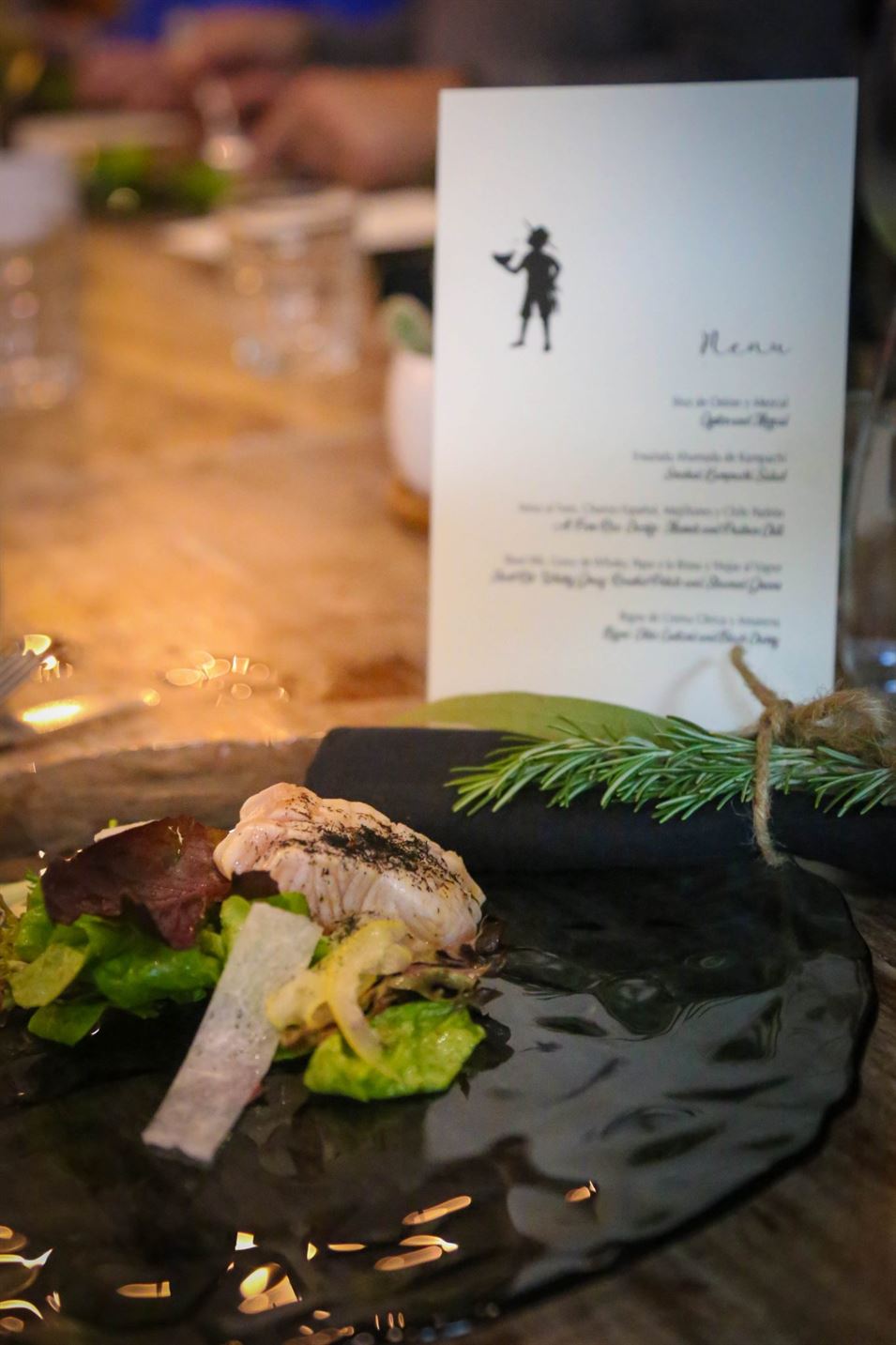 The environment has harmonized by a musical group in the background, and the whispers accompanied by laughter and greetings which gave you the guideline to understand that in this inauguration you were with people who wished the best to Picaro, a restaurant with a gastronomic proposal that will enrich the options in Los Cabos.

The kitchen, under the direction of Chef Christian Ricci, is entirely open, and the diner can see what happens inside: from the preparation of the food to Ricci’s in action from one side to the other, making sure that his dishes leave on time and with the Picaro touch.

The canapes were the perfect snacks to open your appetite, with a crostini of mozzarella and roasted tomato, a cochinita quesadilla with pineapple and a mackerel toast, hummus, and pickled onion. The dinner menu followed with a shot of scallop and mezcal, smoked kampachi salad, rice al Forno, short rib with whiskey gravy, and a citrus cream binge. The dishes definitely reaffirmed the name of the restaurant. 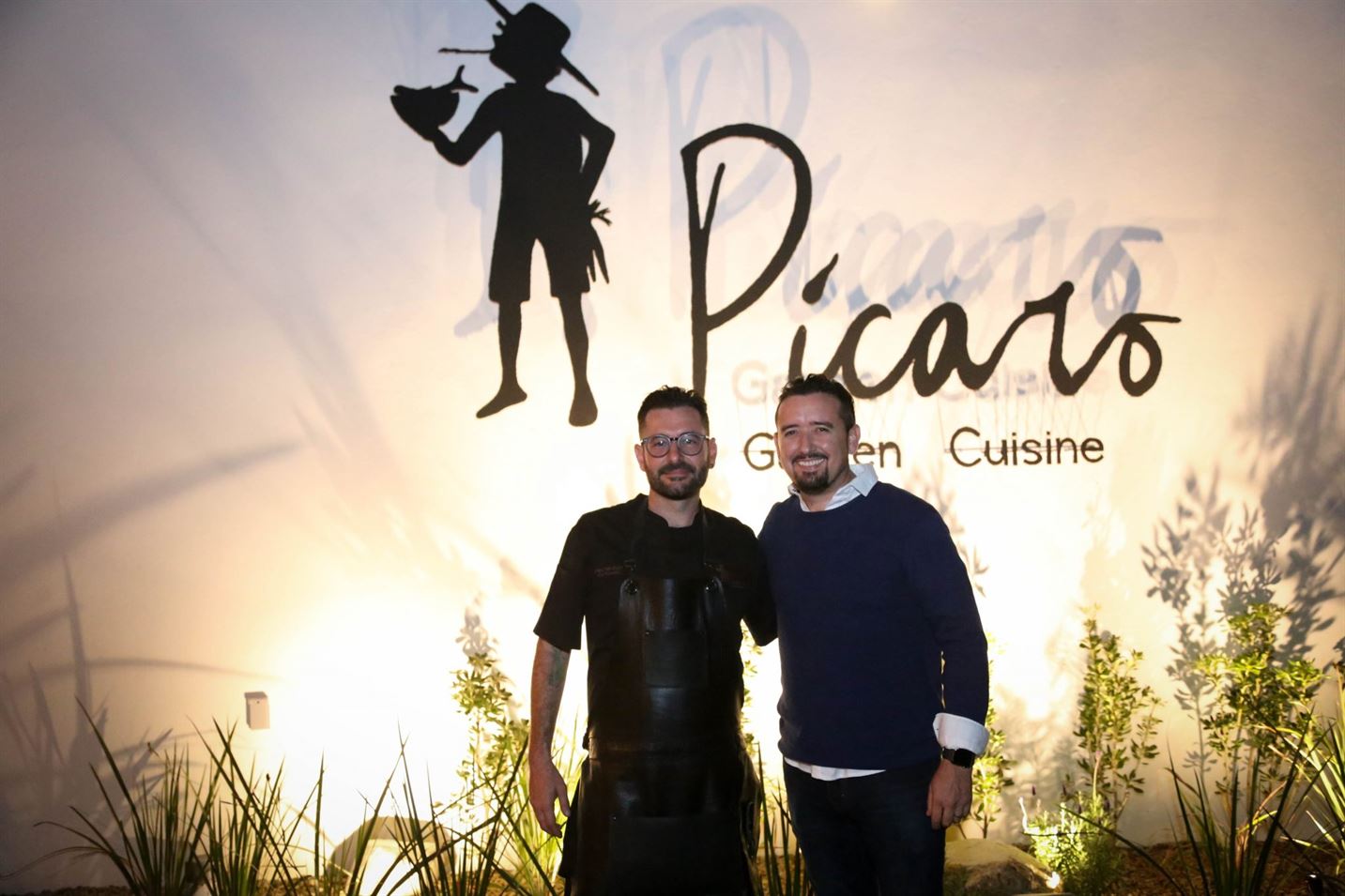 At the end of the night Mr. Paco Bulnes, owner of Grupo Solmar, accompanied by Holly Reagan, his wife and restaurant designer, as well as Matias Forte, chef manager, and Christian Ricci, executive chef, cut the red ribbon and officially inaugurated Picaro by Romeo and Julieta that will revolutionize the kitchen as we know it today.

#SudcalifornianLifestyle Previous
Innovation in harmony Next