Music, the sea and Allen Mar 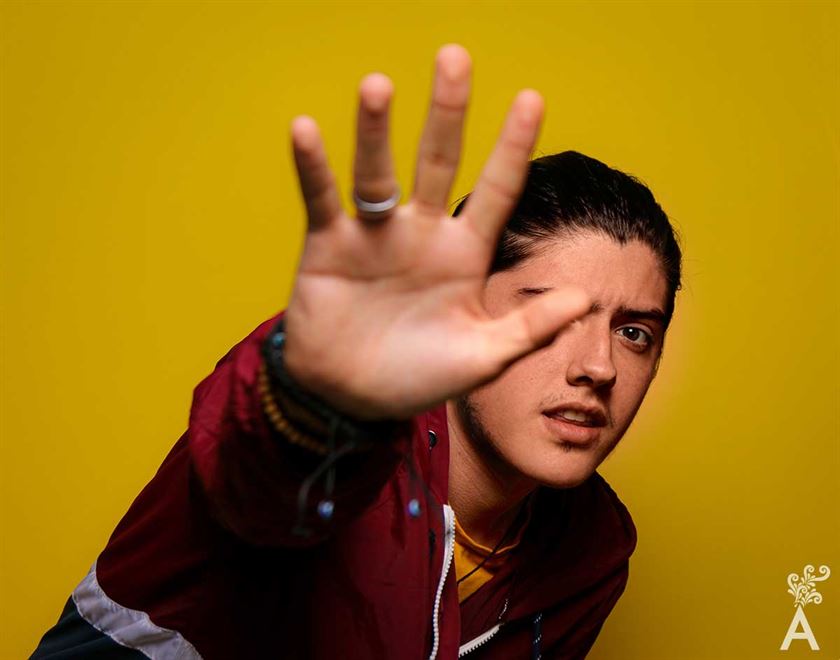 With a big grin on his face, washed out jeans, tennis shoes and a navy-blue shirt, we met the young singer, Allen Mar. At the age of 20, he has just released his first single “Cup of Coffee.”

The first thing we noticed about this young musician was his charisma. He immediately made us feel like we were among friends. Allen Mar is his artistic name. In reality, it is part of a phonetic pun because his last his name means the sea in Spanish and our singer is a local talent.

One of the seven fine arts is music and it is considered by many to be a universal language. Those were the words Allen Mar used to refer to what melody means to him — a language that can transform a person and provide human beings with a means of communication that has no barriers and knows no limits.

At the age of 11, Allen knew that he wanted to be a musician. Since that time, his search to find himself and his musical style has led him to meet different interpreters for who he not only has admiration and affection, but who have been influences on his career, including Caloncho, Siddhartha, Café Tacuba, and Cold Play.

An interesting fact about Allen Mar is that he plays a variety of instruments such as the guitar, piano and bass. For him, each instrument transmits different energies and leads him to different emotions. If he wants to be inspired or feel calm, the ballad sound of the piano is his friend. On the other hand, the guitar is his faithful companion and what he has mastered best.

In addition to playing instruments and singing, he is also a composer. Getting closer to what Allen Mar is and wants to be was a real compliment, because the artist is confident of the role he plays in the world of music. He told us that he respects musicians who perform but his goal was always another. He pursued a different path, a path that allows him to create.

The stories behind each song can be experiences from the past that left a mark, or perhaps, stories that someone else lived. You will discover the stories when you click on Spotify and listen to him sing.

When we inquired about his aspirations and how far he wants to go with his music, he replied, “more than being heard by a massive number of people or becoming famous, I am interested in connecting with the people who listen to my music (…) help them identify with what the song tries to express.”

At the end of the interview, Allen Mar turned back to the beauty of a sea that can do everything and the feeling of living in a place as full of magic as Los Cabos.

Vista Encantada was the venue for the interview. The hotel welcomes you with an impressive landscape featuring large windows that look out at what Allen Mar goes to when he wants to be inspired…the sea.