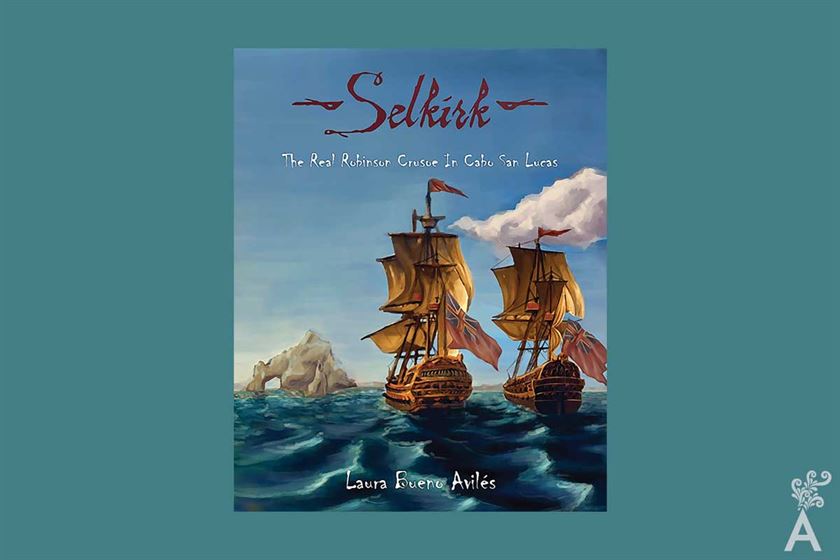 A true story that couldn’t be surpassed even by the fiction of Daniel Defoe.

Laura Bueno was born in Mexico City. Having grown up in a family of attorneys, she studied and obtained her law degree from Anahuac University. Laura worked for seven years in the law firm Goodrich, Riquelme and Associates in Mexico City. One year before the end of the millennium, she became a founder of Bufete Troncoso, a law firm serving the Baja California Peninsula. In 2014, she started ALLABOUTWORDS.NET. The website focuses on rescuing cultural heritage, developing critical thinking, creative writing, and finally, providing legally valid translation services from Spanish to English and vice versa as authorized by the Superior Court of Justice in Baja California Sur.

The novel is the result of years of study and investigation. The author followed her philosophy of staying true to history by revealing the cultural legacy of the visit of the English privateers to Baja California Sur in 1709. The expedition was accompanied by the real Robinson Crusoe and had one target in mind, the capture of a precious Manila Galleon.

International interest will result in the writer publishing the book in English and Spanish. It will debut initially in Los Cabos, Baja California Sur and later in Mexico City, England and Scotland, the protagonist’s country of origin.

In words of the author:

“Literature and cinematography go hand in hand. The inspiration for making films emerges from the prose. From dreams, the writer creates a book. When transformed into a film, the literary work reveals a story that would not have otherwise been known.”

“The heart and pen magically guided my hand on those blank pages to generate human sensations ranging from anger, betrayal, pride, laziness and greed to love and fear.

“I invite you to travel with me to the year 1709 and be a part of my crew as we sail through the emotions that, driven by the winds and waves of the seas, forged the prose of this, my new novel.”