From dusty road to the Camino Real in Southern California 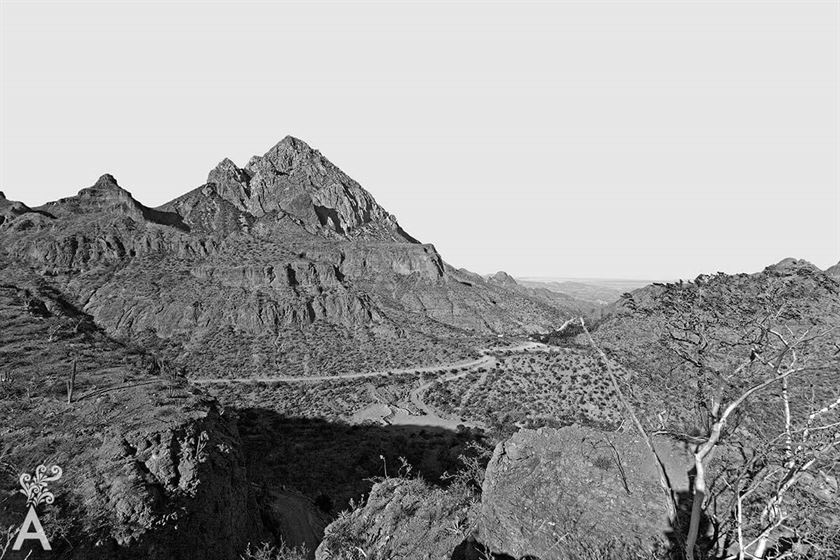 The geography of the California peninsula has been delineated over thousands of years by trails carved through plains, valleys, crests of the sierra, and over the earth, sand and rocks trodden by the indigenous people who populated this land. The paths joined ranches and places inhabited by Californios where there were watering holes and land where food could be grown according to the season of the year.

From the very moment the mythical California was discovered, the Jesuits insisted the lands be evangelized. They constantly appeared before the viceroy and ecclesiastical authorities who finally authorized a new expedition. The Jesuits set sail from the Sinaloan coast for the site that was already known as La Paz. Commander Isidro de Atondo y Antillon was in charge of the ship, accompanied by the Jesuits Francisco Eusebio Kino, Pedro Matias Goñi and Juan Bautista Copart. The group landed on April 1, 1683 and set up a camp at what they called El Real de Nuestra Señora de Guadalupe. The location was abandoned in a short time due to the hostility of the natives.

Five months later, another expedition by Father Kino returned to California arriving on October 6th. This time at a place they called San Bruno. It wasn’t long before that site was also abandoned due to the harsh, isolated environment.

Fourteen years later, the Jesuit Juan Maria de Salvatierra, accompanied by expedition members led by Esteban Rodriguez Lorenzo, arrived aboard the Santa Elvira. Once on the ground, they confirmed that it was not possible to establish a camp at San Bruno. The decision was made to find a better location with fresh water. A journey was begun guided by Indians along a path well known to the natives. After two days, they arrived at the place that would mark the history of California and the establishment of missions. 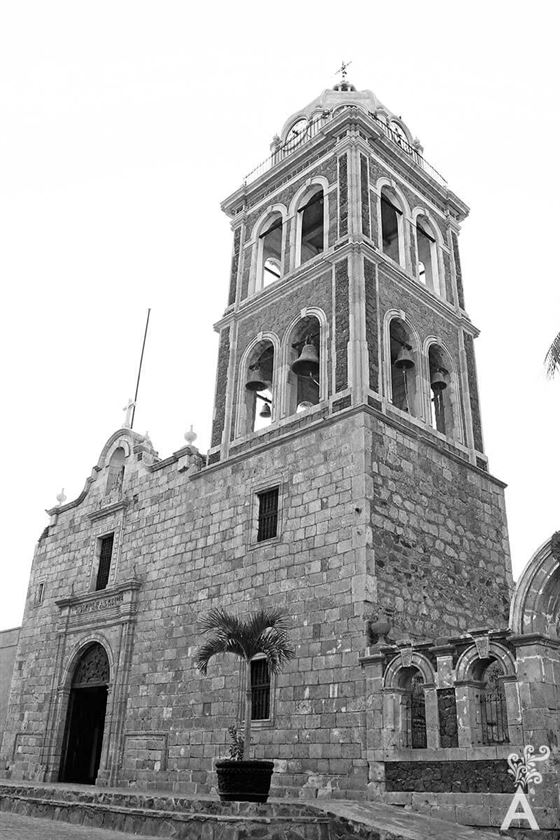 The path became the first Camino Real of California. Over the course of time, it would multiply during the process of missionary expansion to carry the footprints of bare feet, those of sandals shaded by Jesuit habits, heeled military boots and caravans of beasts of burden. The Camino Real saw jewelry and religious ornaments pass, and food, clothes and the necessities to maintain the nascent missions.

As a result, the fortunate day arrived of Saturday, October 19, 1697. It was then the cross instead of the sword achieved the beginning of the longed-for colonization of California. Father Juan Maria de Salvatierra initiated 70 years of Jesuit missionary work by founding the mission of Our Lady of Loreto, mother of the Californian missions. 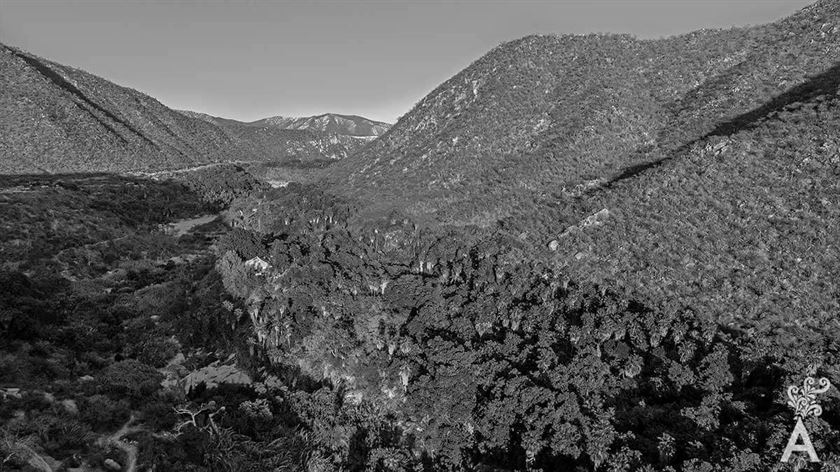 Once the Presidio of Loreto was established, the Camino Real departed from there and interlaced with paths as old as the dust of time. To build the roads, it was first necessary to overcome the mountain range. Clearing and leveling the road was heavy work and required the labor of the religious order, soldiers and any civilian willing to join in. All hands were necessary in the construction of the actual Camino Real. The intention was to build a second mission named San Francisco Javier Vigge or Biaundo, founded by Padre Piccolo. The site was located in the Sierra de La Giganta. Both the road and the building of the church are two of the great Jesuit feats. The Camino Real they constructed is still in use in the 21st century, and the route has not been altered.

“Together I went out with the Captain and six soldiers on horseback, without having been able to clear with the natives whether there was water over the road or not … we left before dawn … we worked hard to remove the bones of pitahayas, walking three leagues with much work to be done in a forest of thorns and paths never crossed by horses. At last, from above, we saw that the path was crossing a small creek and we came across it full of sweet springs, all very beautiful, with water from the depth of the earth and with grass for the beasts too, this place less than four leagues distant from Loreto, a place that the natives called Bahut in the Monqui language, where we traveled around a league of wild and very thick vines.”

“We climbed a little more than a league to a narrow gorge between mountains and we were enclosed between two rocks, we all went out to discover the mountain tops, very high cliffs all crowned with cornices, difficult to climb by foot and much more on horseback … sweating from looking for places to step and creating them, the hill was overcome without losing a beast. Walking down the mountain, we came to the slope of a hill, with loose soil, small pebbles all loose, so steep that it could not be traversed on foot, and so we slipped downhill, and then there was a slice of loose rocks that had to be traveled on hands and feet…”

Fragments taken from the letter sent from the Californias, by Juan Maria de Salvatierra, to Father Juan de Ugarte – April 1, 1699.

The domination of the Jesuits in California was total, as was their reluctance to accept any other establishment with a view to colonization. When the first settlements began to appear in the southern part of the peninsula, the Jesuits relationship with the colonists was not cordial, except when it came to commerce.

In this way, unintentionally, the attitude of the missions gave birth to the private economy in California and with it the expansion of the Camino Real. It was commerce that drove the construction of the Real de Santa Ana in 1748, at the request of Manuel de Ocio.

From that moment on, new routes were opened, many of them joining and/or crossing the already known Royal or Missionary Paths. The routes helped develop the mining, cattle and commercial industries, and supported the delivery of everything necessary for the increasing number of settlers. 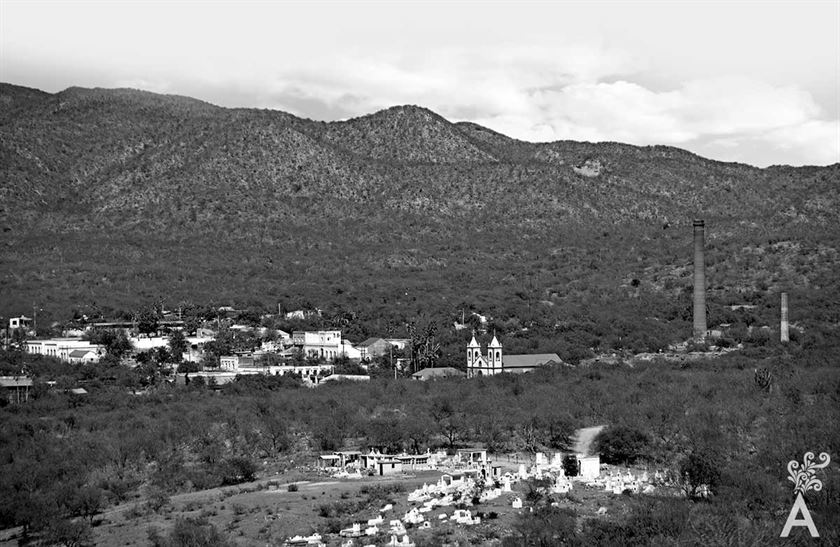 Due to the scarcity of rain on the peninsula and consequently the lack of water, it is of the utmost importance to point out the location of those who have provided us with the vital liquid, and therefore to learn of the orientation where the paths connected and should have connected. The paths later became the Camino Real, referring to the southern zone, as noted by Ulises Urbano Lassepas in his memorial of 1857:

At the end of the 19th century, the roads that connected El Triunfo to La Paz and San Antonio to La Paz continued to be called “Camino Real.” It was very difficult for the old carts to travel this road.

Santa Ana was the name given by Father Ignacio Maria Napoli to a spot near the Sierra de la Laguna where he founded the mission of Santiago in 1722. The mission was later moved to the south, where it remains today.

When Manuel de Ocio learned that ore samples had been collected at the location, he moved there accompanied by a small group of people interested in his project. He founded the first mining settlement of the Californias. As a result, Santa Ana became the birthplace of private enterprise. 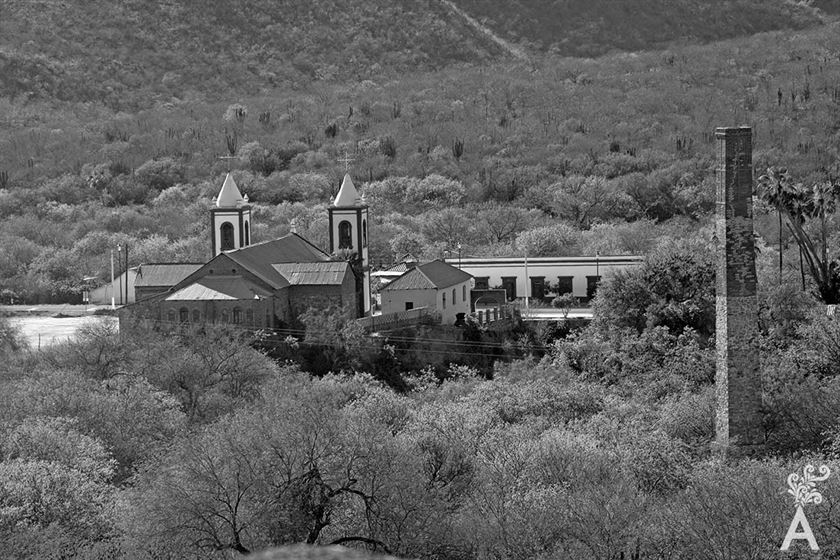 In addition to having great vision, Ocio had a great fortune that he amassed when he discovered the pearl rich seas of Loreto while lending his services to the construction of the local prison. The fortune he obtained from pearls was so big that he could acquire everything necessary for mining in Guadalajara and buy a ship to move the goods necessary to supply a warehouse where the miners could purchase what they needed. He later obtained a ranch site and bought a considerable number of cattle for the Santiago mission. Ocio was also involved in other businesses.

In its time, Santa Ana yielded a considerable quantity of silver. More importantly, it initiated the birth of Real de San Antonio and El Triunfo. Ulises Urbano Lassepas wrote in the middle of this century that despite the vestiges of the colossal mining works, “Santa Ana no longer exists except in the confused memory of the elderly and the forgetful dust of the archives.” It is an undeserved end. Santa Ana was an important part of the colonization of California and fostered the villages that were the birthplace of the Sudcalifornian families of today.