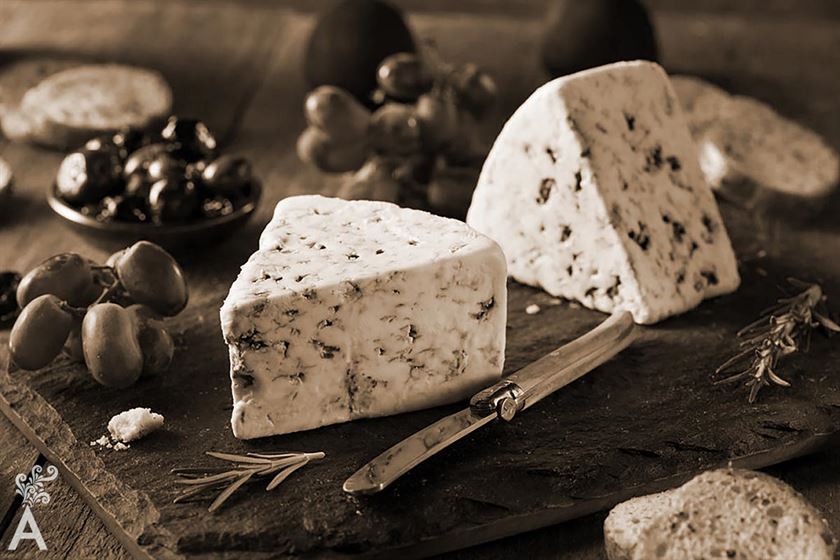 Of wine, dates and cheese

It is not possible for one person to know everything. However, when it comes to wine, dates and cheese, I am confident in my ability to write an article that praises their virtues. There will be a few reasonable people in California who will challenge my fervent affair of tasting the fruits of this long and parched peninsula, but I know this land. It is a very rich oasis, like the Paradise of the Moors, containing rivers of milk and honey.

To you, I present myself. I am Diego Arce e Aguilar, corporal and cuera soldier of the prime order to his majesty Don Carlos III of Spain. I was assigned directly to the most holy Father Fray Junipero Serra and will soon march with him to explore the newest territories of Alta California. We will use the sinuous Camino Real of Antigua to transport by horse and mule, carts and trains, the goats, pigs, seeds, hides, wine, wheat, meat of machaca, cheeses, dates, pomegranates, figs and other delicacies that are the fruit of these latitudes. From 1789 forward, they will reproduce, and God will be served.

In the middle of this almost island, the founding fathers discovered the spring of San Ignacio Kadakaaman. It is here the best dates are grown. Heavy, yellow clusters hang from orange shoots around the spiky plume of the palms. They add gold to the surrounding greenery. The dates spend every summer day sunbathing and every night awaiting the dew and the perverse influence of the moon until they turn the color of coffee. They snooze in leather bags then protected in calcified caves to become dark, golden drops of honey. 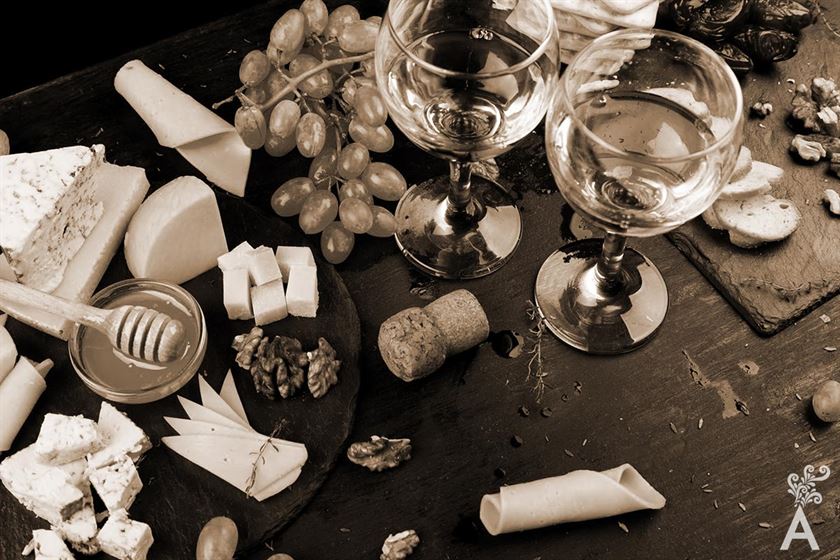 And what can be said about the squat and very twisted vines the Jesuits lovingly brought from beyond La Rioja? The grapes were planted in the few fertile areas that were available in the palm orchards that came from the African Moreria and planted here and in Mulege and the Comondu sierra. Their tight clusters of grapes continue to produce the vintage that, for the male saints, represents the consecrated blood of Christ. However, for rough soldiers like me, it is simply the sweet herald of Cupid, dreams and fantasy.

The scorched surfaces of these damaged territories are cooled and flooded each year by squalls and winter rains. The elements lend a special enhancement to the red or white grapes that are stomped by maidens during harvest season to bring out the tannins, aromas and fruit. Aged in old barrels made from local oak trees, the wines dance on the palates of those who made them.

It is a tradition that each season an event is arranged in the halls of the old missionary houses to honor those gifts with dances, a little Christian music and much bacchanalia. As a result, our good Lord is served and we have joyously made amends for our earthly ardor for wine and song. 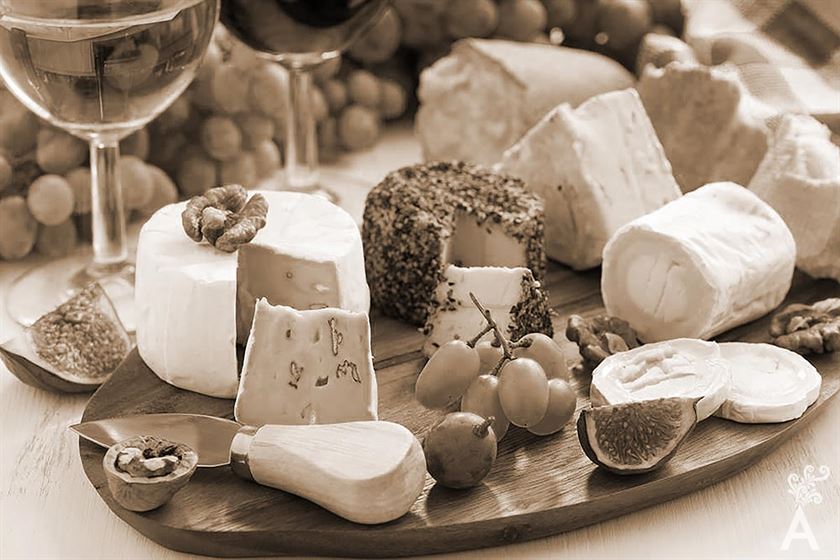 Of cheese? The bard has said that food without cheese is like an angry woman that is missing an eye. It’s easy to believe the cheese is from another world because it is cured with ruminant acids then pressed and formed by the wives of the cowboys and goat herders. By itself, the cheese is plain and without the oily sweet aroma present in that from the mother country. But the final product meets the most demanding palate, especially when included in wheat flour tortillas. The fresh goat and beef curds provide the substance and the salty, dry versions are boxed gold that can be found in all the respectable ranches in the high mountain ranges or in any valley.

Cheese, dates and wine are then, in this California that we are leaving behind, a valuable culinary trinity that arrived in the fortunate year of 1697 with the missionary parents. All three have settled proudly at the rustic or elegant tables of the Californios and are always there for your delight.

Manuscript in old Spanish was found in the year 1969 in the basement of the mission of San Ignacio by INAH researchers but was dismissed without further processing because it was considered fictitious. Edited for better understanding.