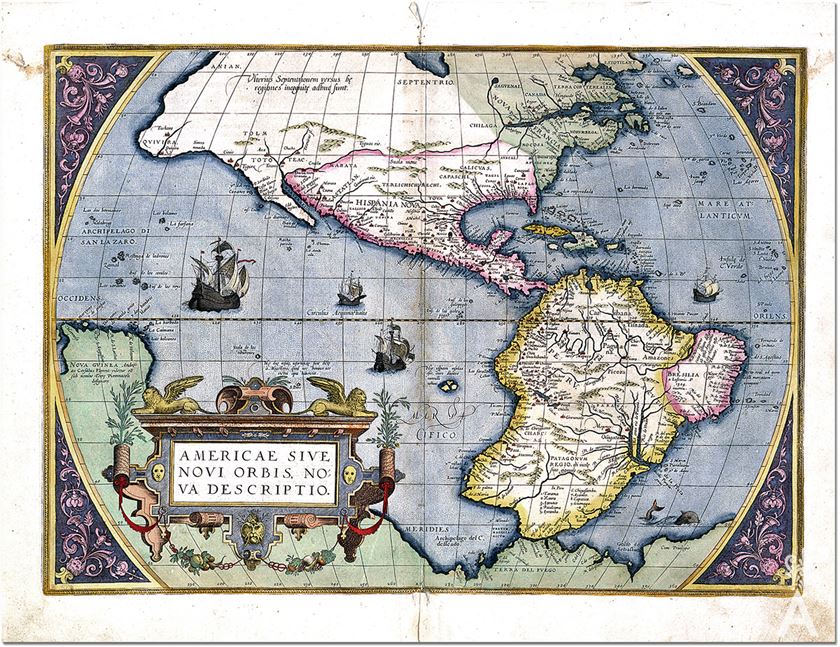 Called Airapi, the most beautiful pearl of the southern seas, by those brown skin people who owned you, who belonged to you in each stone, in each palm, on each smooth hill, in each shell, in each sunset and in each pearl.

The Gulf of California has a rightful place in our history. It surrounds the rugged coasts of our peninsula with life until it creates a mirrored cove as the port of La Paz. Miguel Leon Portilla called it a “place of settlement of the Aripa who inhabited the interior part of the bay of La Paz.” But before mentioning the port, it is essential to remember the mythical island, with a magical name that was born from legends.

“The history of California dates from many centuries ago. It existed before the 8th century and was already spoken of during the reign of Carlo Magno. In fact, the name California was mentioned in The Song of Roldan the oldest of the songs of romantic deeds and one of the first epic and mystical poems.

Roldan’s Song was written towards the end of the 11th century, three centuries after the events occurred. The poem or song accounts for the death of Roldan and mentions distant kingdoms, some real and others fantasy. One that is named was CALIFORNIA or CALIFERNE:

Dead is my nephew who conquered so many lands

Saxons will be revealed against me

The Romans, the Pulleses and those of Palermo

The name California appears again at the end of the 15th century in a novel based on legends and ancient mythologies that bears the title of The Adventures of Esplandian. It was a highly successful novel that was read throughout the 16th century and authored by Garci Rodriguez de Montalvo.

One of the characters in the novel is named Calafia, a powerful warrior who reigns on an island called California inhabited only by beautiful black Amazon women. In the plot of the novel, Calafia falls in love with Esplandian without managing to consummate their romance.

Scholars of cartography in the 16th century discovered the name California was mentioned twice and used it as a way of determining the site of what was supposed to be an island. The first-time testimony appeared regarding the name was writing on a map in the place we now know as Cabo San Lucas. The name appeared in an entry sent by Hernan Cortés in 1535 to the Bay of La Santa Cruz.

Cortes dispatched a group of soldiers to explore the new territory by land. The soldiers managed to reach Cabo. Upon seeing the cliffs and the stone arch that gave the impression of emerging from the sea, the soldiers immediately connected the vision with the landscapes describing the mythical island California in the popular novel The Adventures of Esplandian.

As a result, the location was given the name of Cabo California.

Until the map Americae Sive Novi Orbis Nova Descriptio was created by Abraham Ortelius in 1587, the name California appeared to designate a complete “island.” Twenty-five years later, it showed up on maps as “Cape California.” (ADD MAP)

It is easy to imagine the expression on the faces of the sailors who approached the Californian shores, contemplating the sharp beauty of their surroundings and the wild contrast of the desert with the sea. Despite the fact that they only wanted to seize the riches that were so highly regarded, the sight in front of them must have surely been overwhelming.

Putting the history of the peninsula into context, over the course of three centuries, California existed as an idealized island discovered by Fortun Jimenez Bertadoña. It was the long-awaited dream of many. During that time, the fleets sent by Cortés in search of wealth came and went.

Once Cortes learned of the failures of the expeditions dispatched with the intention of conquest, he decided to travel himself in 1535. After landing on the coast, he took possession of the “island” in the name of the King of Spain. The site was given the name of Bahía de La Santa Cruz on May 3 and celebrated as a symbol of Christianity.

The act of possession was unsuccessful. In spite of the fact that Cortes named Doctor Juan Gonzalez de Valdivieso as the first mayor of the colony he intended to establish, the project did not prosper. The Spanish remained but a few months in Santa Cruz, which would later prove it was a peninsula.

The first and original Califerne, California or La Antigua California proved to be unruly, proud and unique and, at the same time, as noble as a river. It was not under the sword and ambition that would bend the land, the mountains, or the coasts. Altogether, something more was expected.

The years are wrapped in the fragrance and the murmur of the waves that reach the beach of the cove of La Paz, a name it received from Captain Sebastian Vizcaino in 1596.