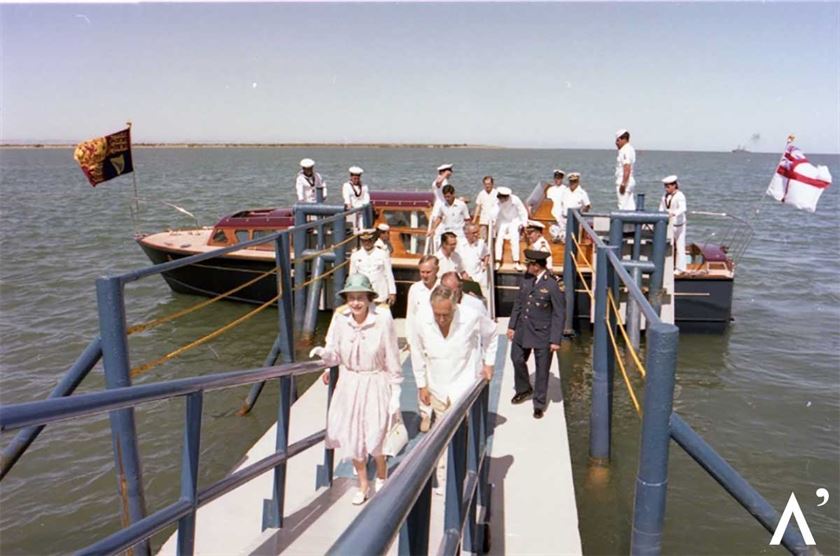 “In the dark depths of the Sea of Cortez, a fine particle of sand pierces the shell of an oyster, causing a wound. The mollusk suffers and tolerates the pain caused by the intrusion. However, it refuses living like this. Seeing that its peace of mind is threatened, the oyster turns to an inner defense process that had been lying dormant. With patience and persistence, the oyster begins to shed thousands of mother-of-pearl tears, gradually covering the body of the intruder, while protecting itself, becoming stronger and transforming its suffering into an exquisite pearl.”

Ever since the native Pericues wore them in their headdresses, many pearls have emerged from the waters of the Baja California that have even been the origin of various literary works. However, the pearl found in the Bay of La Paz, Baja California Sur in 1883, has a legendary history that needs to be retold. I have been fascinated by the legend for nearly seven years, ever since I found out the people from La Paz claim the Imperial State Crown bore a Mexican pearl. The journey through the books I have read and the people I have met to get closer to the true story has been very enriching.

Documented by the media of the time, Queen Elizabeth II visited the city of La Paz in February 1983, among other ports on the Mexican Pacific coast. The Monarch, aboard her royal yacht, Brittania, took advantage of the trip to see the waters where one hundred years before, a pearl had been extracted. Although we can verify the route of the English vessel and the interest of the Sovereign and the Prince Consort to visit the bays and the local fauna, we do not have any other evidence. The newspapers kept in the Pablo L. Martínez Historical Archive do not mention whether the visit of the Queen was related to the jewel, nor do we have the testimony of the late Governor Alberto Andrés Alvarado Aramburo, or of his wife, who attended the State visit.

It is true there was a pearl of singular size owned by Mr. Antonio Ruffo, merchant and owner of the store La Perla de la Paz where the valuable gem was apparently exhibited. Its beauty caught the attention of the British and finally, due to various connections, it was given as a gift to the then Sovereign to be placed later in one the most important British crown. I would not dare to claim that I know the whereabouts of the pearl and, although I have seen the Imperial State Crown three times and have bought multiple books on it, I have not found one that can identify the pearl. Not even the Queen Elizabeth II has offered any information regarding the history of the pearl even when she had the opportunity to do so in the interview where she provides details about the jewels and pearls of her crown. Although the Monarch spoke of other pearls, she omitted to mention the origin of two of them, where the Mexican pearl could be. 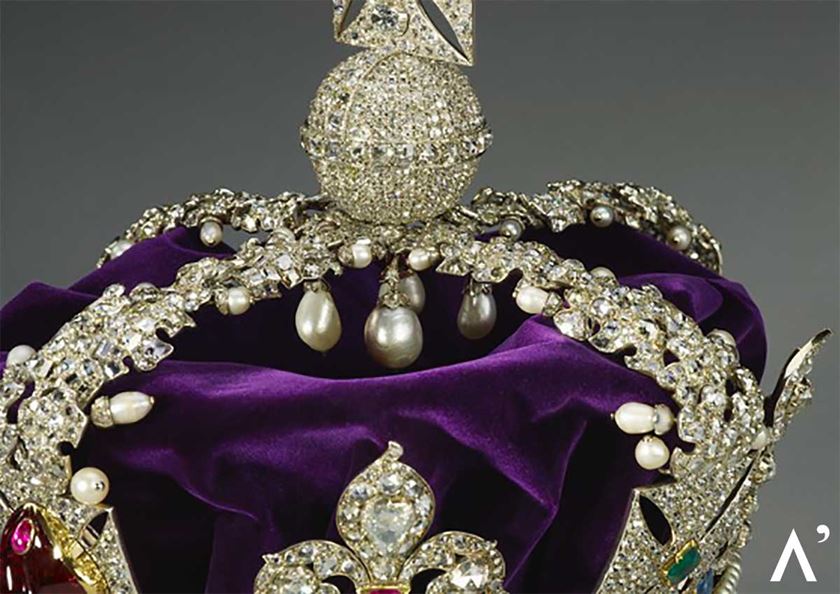 In the interest of learning the true history of the pearl, I wrote to HRH Queen Elizabeth II from a friend’s home in Great Britain. Four months later, the Royal Mail delivered an envelope in my name to that address. The EIIR Buckingham Palace seal was highlighted in red with the date November 23, 2018. Although the Monarch did not answer the specific question regarding the whereabouts of the pearl in question, her Deputy Correspondence Coordinator directed me to the National Archives of Britain to continue the investigation.

Letter from Buckingham Palace to Laura G. Bueno in 2018 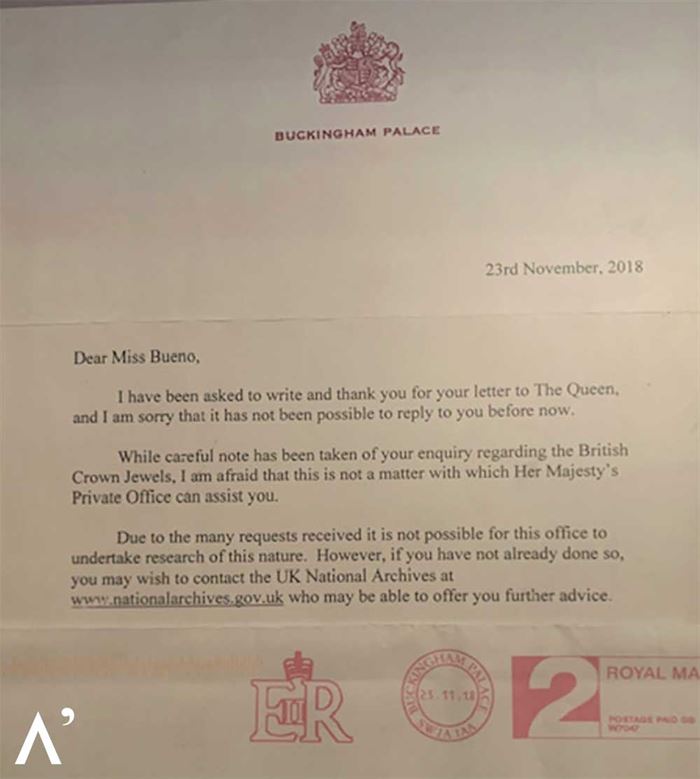 At the end of 2019, and through my dear friend Sue Saarnio, General Consul, I met Corin Roberston, Ambassador of Great Britain in Mexico, with whom I had traditional English tea in the beautiful old building of the British Embassy in Rio Lerma. After a talk with the representative of the government of the United Kingdom in which I shared photographs of the visit of the Monarch to Baja California Sur, the Ambassador showed a genuine interest in the pearl and led me to the first official jewelers of the English Crown (House of Garrard, 1735).

A trip to Great Britain was necessary and with that intention, I wrote in March 2020 to the English institutions referred by the House of Garrard. While in direct communication with the office of the Private Secretary of the Royal Archives and the Art Curator of the Royal Collection Trust, and in full investigation mode, extraordinary times arrived. I was forced to suspend the research trip of the British Imperial State Crown and its jewels because of the global pandemic. The museums and archives were closed and the country that governs the world clock with Greenwich Meridian Time also closed its doors to foreigners.

2020 has made me stall, but it has not made me forget what is pending. Once I find the pearl that was formed in the waters of the Sea of Cortez and traveled to other latitudes, I will be able to publish my fourth book called: Where is the Pearl?

Stories are passed down from one generation to another and many times they are not written down, causing them to get lost over time. In the case of the pearl in question, and be it fiction or reality, there will be a story.

Let´s now treasure all that is priceless, friendship, good company, and the health of your loved ones.